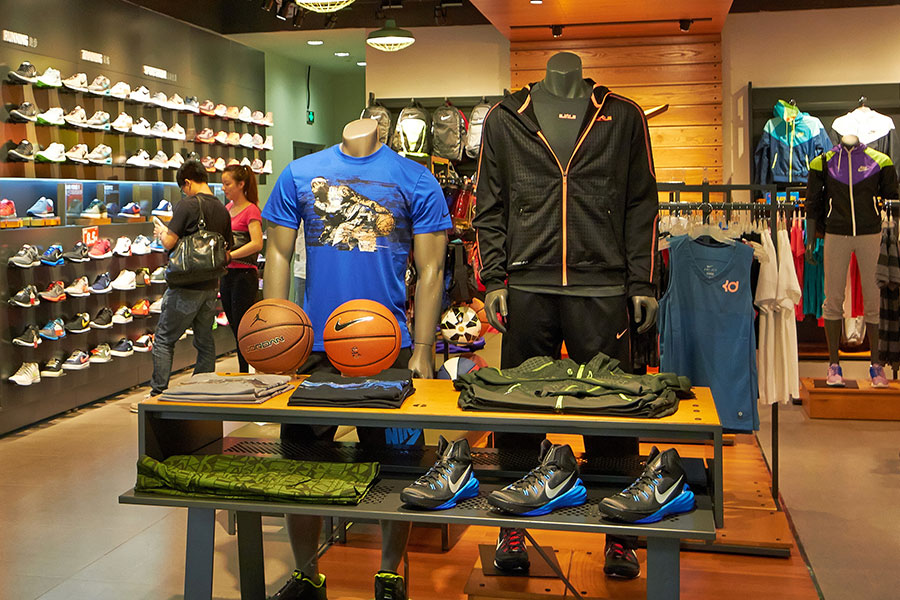 US sportswear maker Nike is testing market potential of Chinese cities beyond Beijing and Shanghai. It believes localization as a strategy in China will help the brand better present itself to the whole world.

It opened Nike Jordan, its basketball brand's flagship shop, in Xiamen. It is the first Jordan shop in Fujian province.

Dong Wei, vice-president of Nike China, said the decision to set up the store in Xiamen was shaped by the city's stature as the economic and cultural center of Fujian that can support the growth of a mature sportswear industry.

"Xiamen boasts a mature commercial environment," said Dong. "As a relatively small city, it has over 80 million tourists coming from the whole world. Plus, there are many local sports brands in Xiamen, building a solid foundation in business environment for sports brands."

As for Nike Jordan's business blueprint in China, she said first-tier cities like Shanghai and Beijing were merely a beginning. The brand is looking to expand into more second-tier cities to "get in touch with more consumers".

By now, young Chinese consumers have gotten used to e-commerce and are able to buy goods basically from any city online. Hence, offline shops no longer limit themselves to selling products. They also provide customized service and experiences of the basketball culture, which are new growth points for brick-and-mortar stores, Dong said.

China has proved to be the fastest-growing market where Jordan has achieved double-digit growth, according to the company's 2018-19 financial report.

Eric So, general manager of Jordan's operations in China, said the brand will accelerate its pace of opening more shops in China, in line with its rapid development in the Chinese market so far.

Dong said through localization in the Chinese market, Nike will draw inspiration to develop a stronger and competitive edge in the global market.

"Since the earlier '80s, we have been building close relations with Chinese consumers, no matter if they are athletes or sports lovers," she said. "Localization is bringing more contributions to the product design aspects. As the company has gained more inspiration from Chinese elements, it can bring better products to global consumers."

China's growing sneaker market in cities beyond metros has attracted the attention of other brands too. In May, Sneaker Con, one of the biggest sneaker exhibitions of the world, was held in Shanghai for the first time. Over 20,000 visitors made it to the three-day event.

Ma Xiaofei, CEO of Endeavor, which organized the exhibition, said the event came about after efforts over 10 years. This year's event proved the timing was just right.

After the success in Shanghai, Endeavor is planning to hold more Sneaker Con events in China, at least three times a year. It said it hopes to attract 30,000 visitors to each event.

"If one visitor makes one purchase during the event, there will be at least 90,000 purchases made each year. There are at least five Chinese cities capable of supporting that level of purchases each year," Ma said.