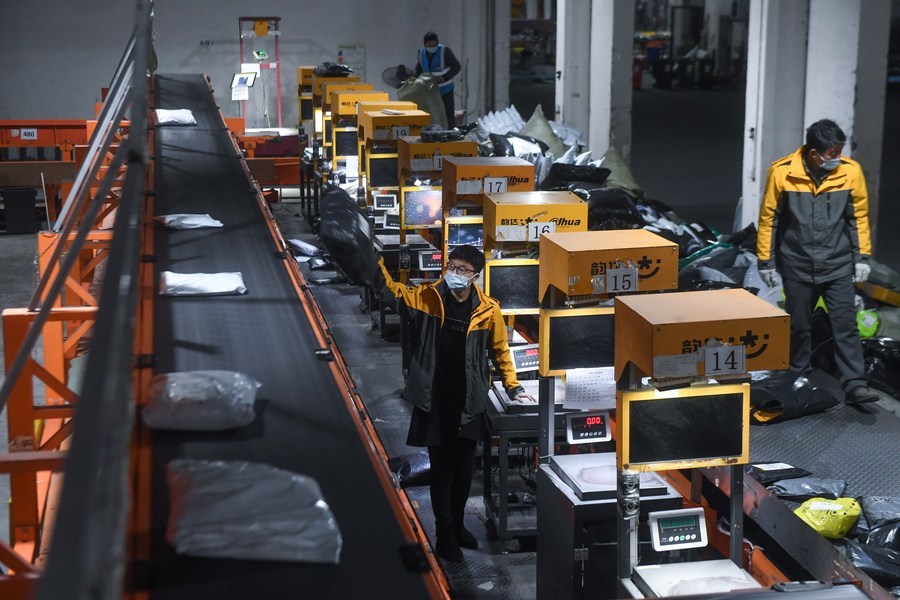 BEIJING－China's logistics sector reported rapid growth in the first half, boosted by thriving foreign trade, as the recovery of the world's second-largest economy continues to accelerate.

"My firm needs to ship goods overseas every day, with over 10,000 containers sent every year," said Yang Nan, president of a foreign trade firm in coastal Jiangsu province.

China's sustained economic recovery is shoring up production and demand, which has laid a solid foundation for the growth of the country's foreign trade, said GAC spokesperson Li Kuiwen, adding that global economic recovery also played a positive role.

Despite the trade growth registered in the first six months, the future is not entirely rosy for foreign trade firms as they are faced with challenges including fluctuating exchange rates, rising transport costs and higher raw material prices, analysts said.

To further spur the growth of foreign trade, the State Council－the country's Cabinet－earlier this month released guidelines on accelerating the development of new forms and models of foreign trade to push forward its upgrade and foster new competitive strengths.

To plan for the future, enterprises should avail themselves of the opportunities presented by the new forms and models of foreign trade, sharpen their product and brand competitiveness and further expand their markets, said Zhuang Rui, a professor at the University of International Business and Economics.