Britain must agree to an implementation phase based on the status quo for its transition from the EU, otherwise German companies will be forced to implement‘worst case’ contingency plans, the BDI industry association said on Tuesday.

Anti-Brexit demonstrators wave EU and Union flags outside the Houses of Parliament in London, Britain, January 30, 2018. 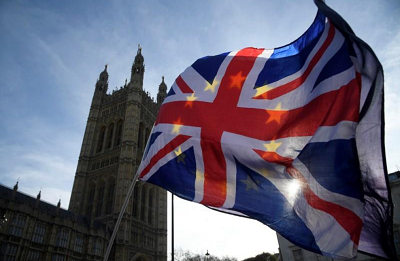 “We demand a basic decision on this from the EU and British government at the European Council meeting. Otherwise, some companies will be forced to implement emergency plans for a worst case scenario which noone wants and which will hurt everyone,” said BDI Managing Director Joachim Lang.

German firms would prefer a deep form of integration between Britain the EU after Brexit, ideally Britain would stay in the customs union and single market, said the BDI, but the British government has rejected this.