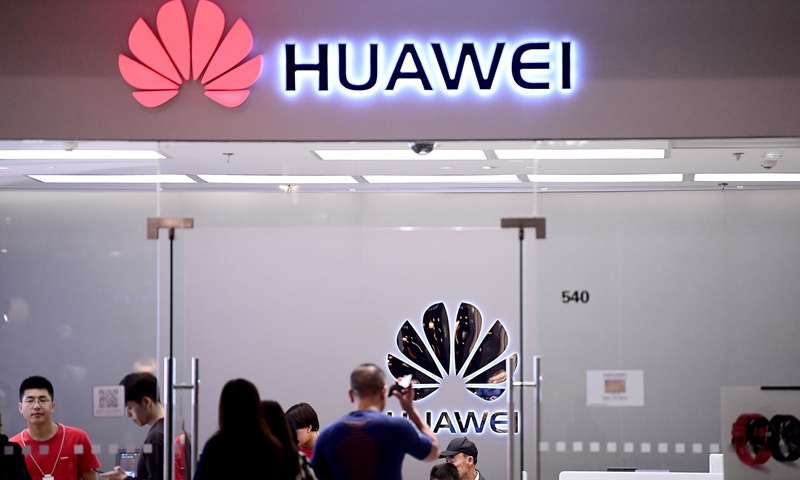 On Tuesday, UK says Huawei will be banned from its 5G network, gives local telecom firms until 2027 to remove its technology.

The UK government's decision on Huawei has led it into a quagmire that the country - which just exited the EU - can't emerge from in the next few years, Chinese analysts said.

"It will have very bad implications for the country. The UK will lag behind other major economies in utilizing the next-generation ultra-fast mobile technology, and potentially revolutionary new business models, to be enabled by Huawei's 5G," a Beijing-based industry analyst and a close follower of Huawei surnamed Li, told the Global Times on Tuesday.

"China will certainly retaliate against UK's discriminatory policy, and UK's trade ties with China will be hurt," Li said.

"China will closely watch the decision," Zhao Lijian, spokesperson of the Chinese Foreign Ministry, said at a routine press conference on Tuesday. He noted that the move could be an "indicator" of whether it's safe for China to continue its investment in the UK. It could also serve as a touchstone of the market trend in the UK after the Brexit.

The decision will can also show whether the UK can provide an open, fair and non-discriminatory business environment for Chinese companies in the country, Zhao warned.

The UK decided in January to let Huawei continue its role in the country's 5G network despite pressure from the US to crack down on the Chinese firm, but with restrictions. The company was excluded from providing "core" 5G gear.

Huawei could have been a positive driver for cooperation between China and the UK, but with the change of course, the bilateral relationship could worsen further. China, for a long time, may divert its political focus from the UK to the vast European continent, Cui Hongjian, director of the Department of European Studies at the China Institute of International Studies, told the Global Times on Tuesday.

Ma told the Global Times that such a tough stance against Huawei shows the UK government can sacrifice its own 5G development and local operators' business interests just for political reasons, by taking aim at a Chinese company that has nothing to do with politics.

UK's change of course and its back-and-forth attitude toward Huawei over the past days is driven by multiple reasons - intensified US pressure and the eagerness to maintain its massive untold interests in the Hong Kong Special Administrative Region under China's national security law for Hong Kong, Cui said.

"Without Huawei as a 'buffer,' China could take a tougher stance and spare no feelings for the UK when dealing with the issues in the Hong Kong SAR," said Cui.

Nevertheless, as the UK is not an EU member anymore, the decision won't have a major influence on other countries in Europe, and it will also not affect Huawei's cooperation with Europe, which is a much bigger market than Britain, Cui noted.