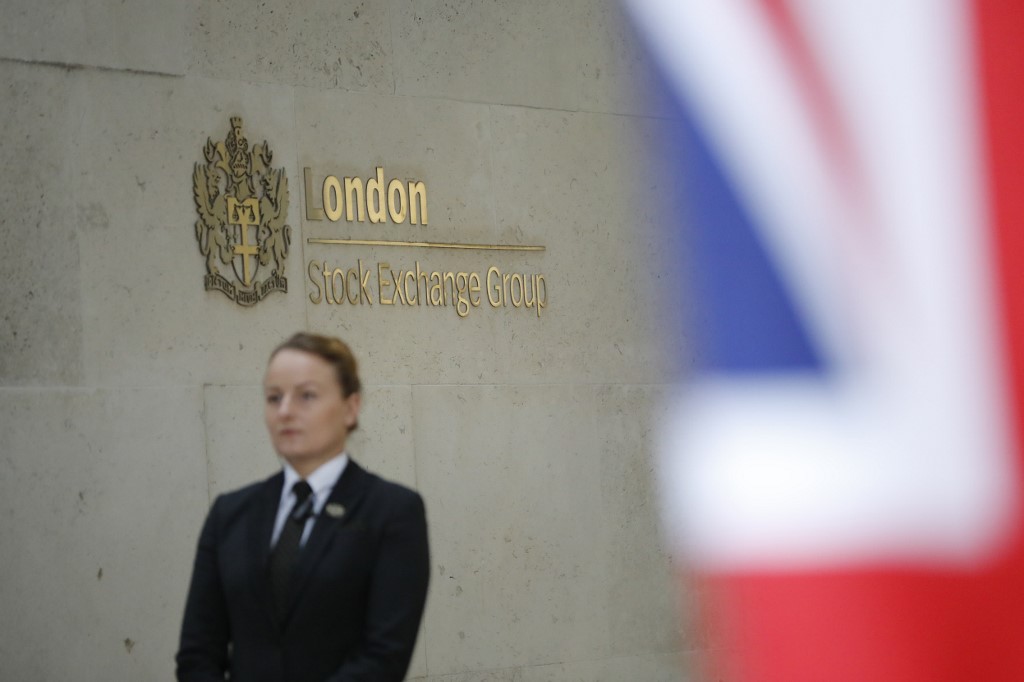 A security guard stands by the entrance to the London Stock Exchange in London on October 3, 2018. (Photo: AFP)

The London stock market soared Tuesday as investors gave their initial verdict on Britain's Brexit deal with the EU, while eurozone equities also rose on upbeat US stimulus news, with Frankfurt extending its record breaking run.

"The Brexit deal is really a blessing... for the UK and for the FTSE 100 index. There is no doubt that the FTSE 100 has been a lagging index and now is its time to shine," AvaTrade analyst Naeem Aslam told AFP.

Both key eurozone markets returned Monday with bumper gains, buoyed by a pandemic recovery package agreed in the US and Britain's Brexit agreement.

With President Donald Trump finally signing off on the $900 billion rescue programme and a post-Brexit trade deal now agreed, the mood on trading floors was a little lighter heading into the new year, dealers said.

"European stocks are still very much in Santa rally mode and traders only want to push stocks higher because they know that there is enough tailwind for the stock market in 2021," added Aslam.

"The fact is that fiscal and monetary policy support and coronavirus vaccines have changed the narrative about economic growth among investors.

"Traders believe that economic recovery is going to be turbo charged next year and the worst is behind us."