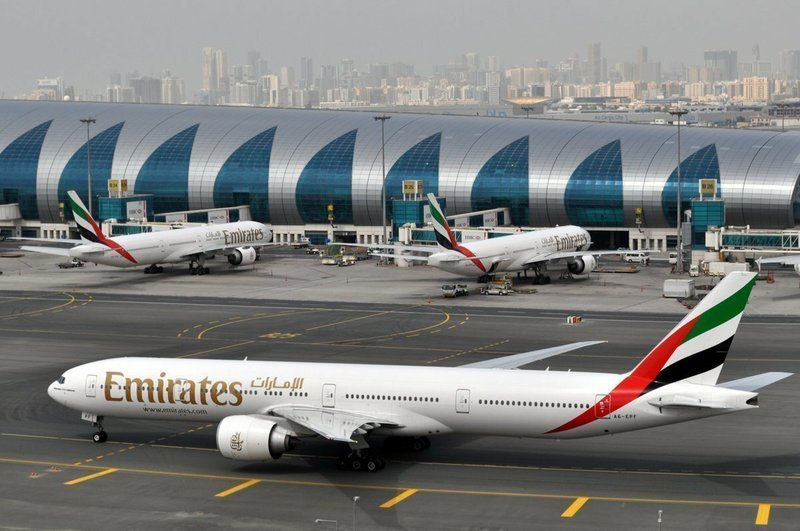 An Emirates plane taxis to a gate at Dubai International Airport in Dubai, United Arab Emirates, March 22, 2017. The Middle East's biggest carrier, Emirates, declared on May 10, 2020, higher profits of $288 million over the past year even as revenue declined due to flight suspensions sparked by the coronavirus, offering a glimpse of the financial toll now facing airlines around the world. (Photo: AP)

Dubai’s long-haul carrier Emirates said Sunday it fired an undisclosed number of employees as the coronavirus pandemic has halted global aviation, becoming the latest Mideast airline to shed staff over the outbreak.

Emirates, the jewel of the sheikhdom’s vast array of state-linked enterprises known as “Dubai Inc.” to diplomats and investors, declined to offer figures on how many staff it fired.

“We have endeavored to sustain the current family as is ... but have come to the conclusion that we unfortunately have to say goodbye to a few of the wonderful people that worked with us,” the airline said in a statement.

The carrier said it would treat fired staff “with fairness and respect,” without elaborating.

Emirates had been the sole holdout among the Gulf’s two other major East-West carriers on retaining staff. Previously, Abu Dhabi-based Etihad and Doha-based Qatar Airways similarly fired staff as countries shut down their airspace as the virus spread.

While the airlines have run repatriation and cargo flights as traffic slowly picks up, the losses have been tremendous. In March, Dubai’s Crown Prince Sheikh Hamdan bin Mohammed bin Rashid Al Maktoum announced the sheikhdom would inject equity into the airline, but offered no details.

Emirates, owned by a Dubai sovereign wealth fund, already reduced salaries for its staff. The carrier announced profits of $288 million in 2019, but acknowledged the virus would deeply affect its business.

Dubai International Airport, the world’s busiest for international passengers that’s home to Emirates, has been operating at a fraction of its usual pace.

Ramping up activity at both Emirates and Dubai International Airport is crucial for Dubai, which created itself as a vital hub for the free movement of trade, people and money worldwide — all things that have been disrupted by the pandemic. The airport-based firm Dubai Duty Free, whose vast shelves of alcohol, electronics, perfumes and playthings greet bleary-eyed travelers from the world over, had sales of just over $2 billion last year alone.