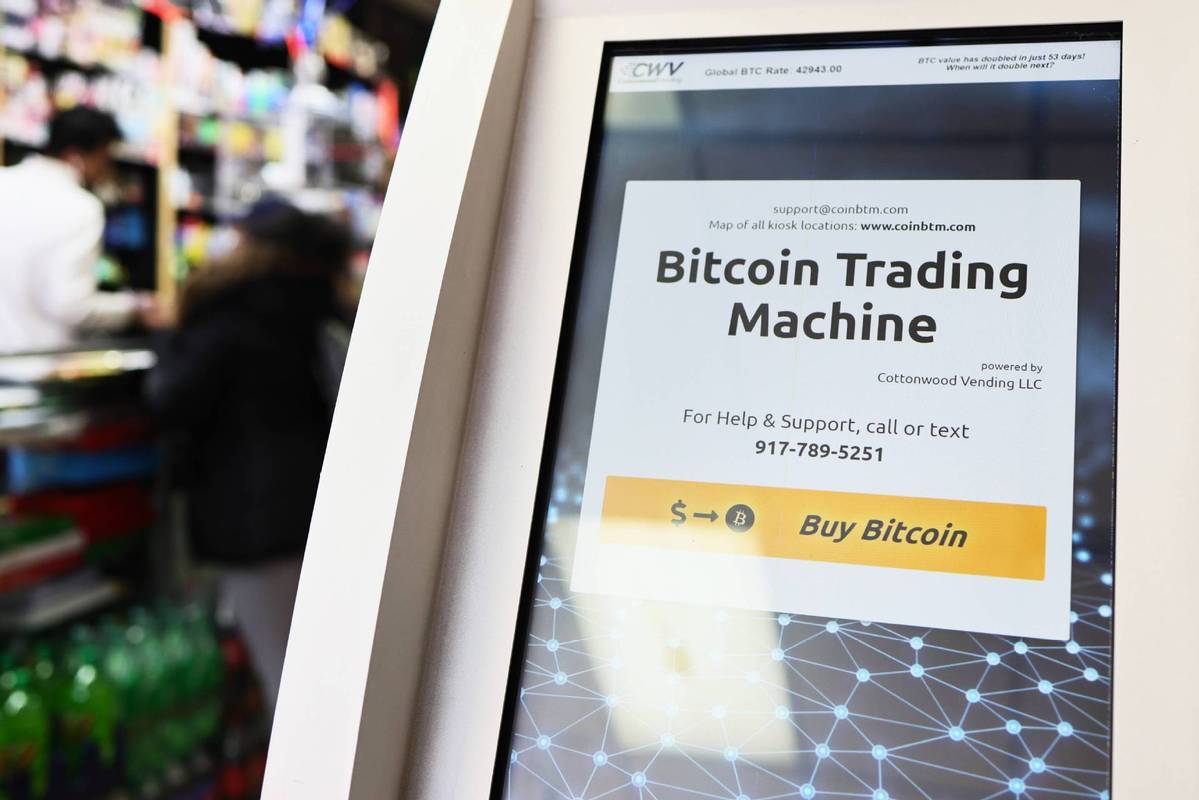 A bitcoin ATM is seen inside the Big Apple Tobacco Shop on February 08, 2021 in New York City. Tesla announced on Monday that it purchased $1.5 billion worth of bitcoin. The car company also announced that it will start accepting payments in bitcoin in exchange for its products which include their electric cars and solar panels. (Photo: Agencies)

Bitcoin on Tuesday tumbled 12.57 percent from its record-breaking run after US Treasury Secretary Janet Yellen warned that the "highly speculative" unit was an "extremely inefficient" way of conducting transactions and could be used for "illegal" activities.

On Sunday, the virtual currency blazed a record-breaking trail to peak at $58,350. A day later, Yellen said: "I don't think that bitcoin... is widely used as a transaction mechanism. To the extent it's used, I fear it's often for illicit finance."

The amount of energy that's consumed in processing bitcoin transactions is staggering.

Bitcoin's fortunes began soaring following endorsement from Wall Street and thanks also to the Federal Reserve's long-term quantitative easing policies and its stimulus package to help the country cope with the novel coronavirus pandemic, prompting large amounts of capital to look for assets to maintain their value.

However, when large tech corporations' stock prices are inflated, investors begin putting staple commodities and bitcoin in their cross-hair in a bid to hedge against the risks of the dollar's fluctuations.

As such, the attention bitcoin has attracted speaks volumes of the failure of the US monetary policy and financial system. That investors regard bitcoin as a kind of asset they can use to hedge against risks demonstrates the US financial system's increasing instability. The higher the price of bitcoin is, the more rampant the dollar's liquidity becomes.

China should stay alert to the spillover effects from an excessively loose dollar that might trigger global inflation.

The prices of some staple commodities, such as oil and metals, are fast increasing, importing inflation to China and other countries. The fluctuation of US Treasury bonds and the dollar can also expose the global financial system to systemic uncertainties.

China should continue its prudent monetary policy and avoid the inflow of cheap liquidity into the domestic market, which might not only seriously affect the real economy, but also brew financial risks. The bubble that has been made larger and larger by the US since 2008 is now a pressing challenge to the world.