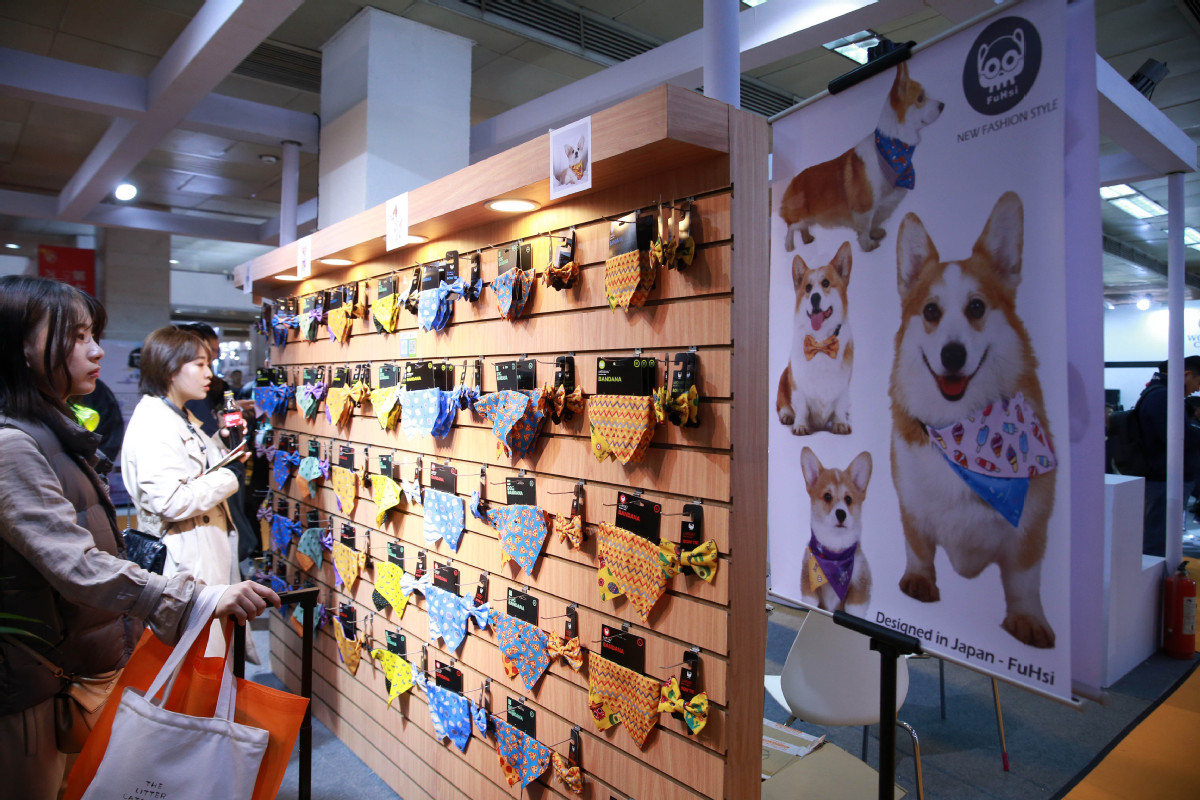 Visitors look at tissue products for pet use during an industry expo in Beijing. (Photo: China Daily)

Demand for cosmetics and household products, pet, and maternal and infant products witnessed robust growth this year with residents from lower-tier cities and counties leading the purchases and adding new vitality to China's economic growth, a new report said on Tuesday.

The report, released by JD Digits, a leading Chinese digital technology company, said sales of pets, beauty makeup and skin care products surged 50 percent year-on-year, while spending on household products, books, maternal and baby products, medicine and healthcare goods as well as clothing and underwear saw 20 percent to 40 percent growth this year, faster than that in 2018.

It is noteworthy that the consumption growth from fourth-and fifth-tier cities is higher than that from first-and second-tier cities, showing huge potential, as residents in these cities are pursuing high-quality lifestyles along with the improvement in living standards and rising disposable incomes, the report said.

As China's economy is transforming from a phase of rapid development to a new stage of high-quality growth, consumption is playing an increasingly important role amid the pressure of an economic growth downturn.

"In order to bolster consumption, more efforts are needed to increase residents' incomes and expand the scale of middle-income consumers," said Shen Jianguang, vice-president and chief economist at JD Digits.

Shen called for the primary and secondary distribution of incomes to be improved via multiple channels and diversified tax adjustment mechanism. "We should also further enhance consumer's acceptance of credit products in counties."

The per capita disposable income of China's rural residents continued to grow at a faster pace than that of the country's urban dwellers in the first three quarters of 2019, according to the National Bureau of Statistics.

"We expect consumption in lower-tier cities to surge from $2.3 trillion in 2017 to $6.9 trillion in 2030," said Robin Xing, Morgan Stanley's chief China economist in a research note. "Further, these smaller cities could be the engine driving China's overall private consumption market of $11.8 trillion over the same period."

Xu added in hope of an increased demand for high-quality goods and premium services, brands are establishing their presence early in burgeoning markets in China to capture their market potential before they fully mature.

Statistics from global data analytics company Nielsen show that there are 953 million people living in third-tier cities and below, far surpassing the 427 million people in the first-and second-tier cities. It shows that smaller cities have huge untapped consumption potential.