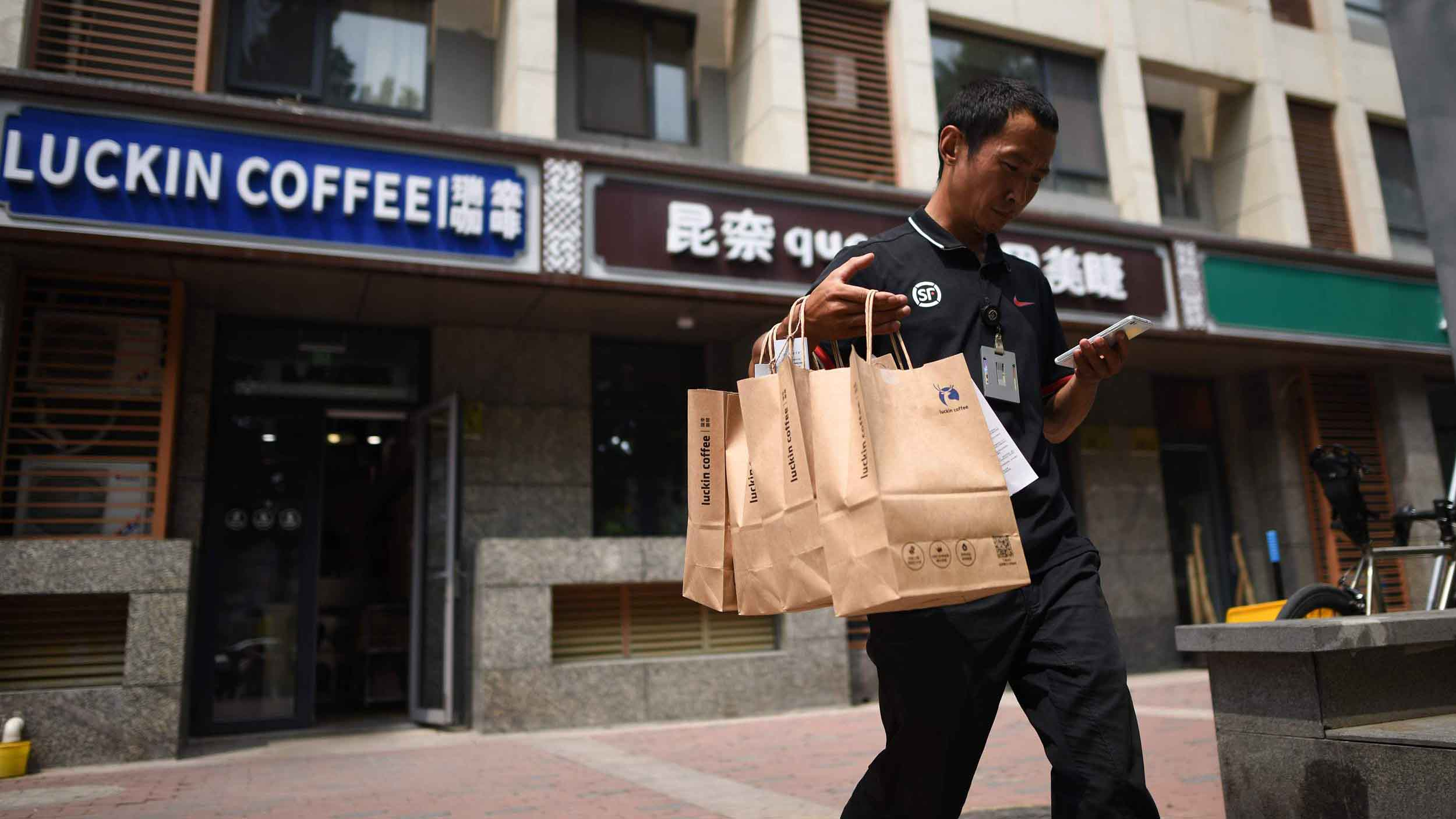 A deliveryman carrying bags of coffee walks out a Luckin Coffee in Beijing, August 2, 2018. (Photo: VCG)

Luckin Coffee, the Chinese coffee chain that aspires to challenge US coffee chain giant Starbucks, posted on Saturday a net loss of $124 million during the first nine months of 2018, amid doubts over the sustainability of its business model.

According to National Business Daily, the huge loss was largely due the company's strategy of pursuing expansion at the expense of profit. However, an executive said the company is prepared to face more losses in the short term in order to gain a foothold among consumers.

Since its founding in 2017, the chain has been offering significant discounts to appeal to new customers. The playbook behind Luckin's dizzying expansion isn't exactly new, and has been deployed by many of China's tech companies, including the ill-fated ofo Bike, leading critics to worry whether Luckin actually has the ability to make profits in the long run.

However, Guo Jinyi, senior vice president of Luckin responded in an interview with the National Business Daily that although the company is prepared to see even more losses in the short term, it is money well spent and the focus on technology and innovation will give the company an edge in market competition with global brands.

It is also an opinion echoed within the industry that despite the significant loss Luckin is making, the firm is effectively building its customer base.