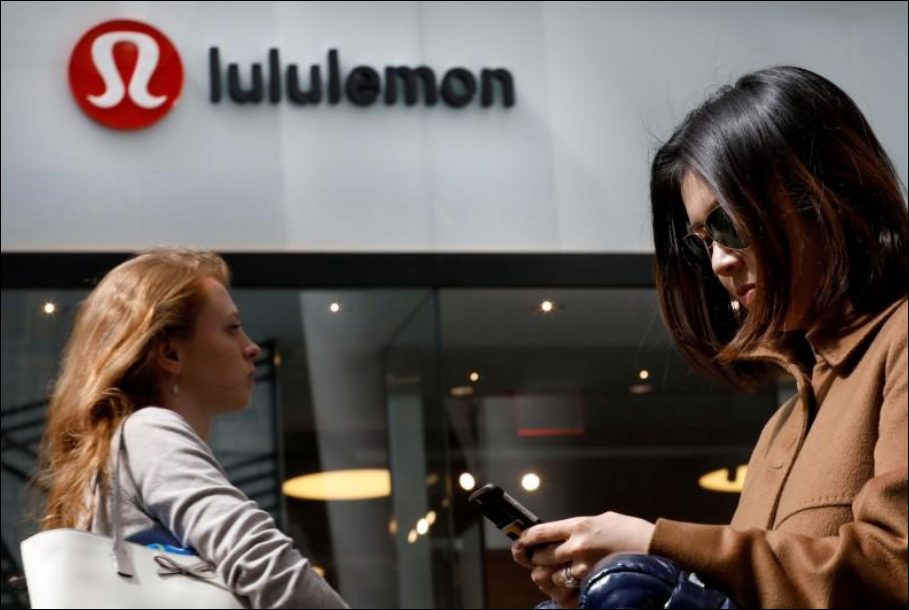 Shares of the Canadian company, which popularized “athleisure wear” by turning pricey women’s yoga wear into mainstream fashion, were up nearly 15.5 percent at $121.26 in morning trading.

The company’s recent push to renovate stores paid off in the latest reported quarter, with traffic rising in the mid-single digit range.

Morgan Stanley analysts said the company was able to pull off positive sales both at its stores and online. A push by retailers to better compete online has sometimes cannibalized their brick-and-mortar sales.

The Vancouver-based company raised its full-year profit forecast to be between $3.10 and $3.18 per share, up from its previous forecast of $3 to $3.08.

At least 14 brokerages raised their price target on Lululemon’s stock, with Barclays being the most bullish.

The brokerage raised its price target by $50 to $150, saying they were “hard-pressed to find anything negative” in first-quarter numbers.

In targeting men, Lululemon has jumped into an arena dominated by the likes of Nike Inc (NKE.N) and Under Armour Inc (UAA.N) and expects the division to reach a billion dollars in sales by 2020.

Lululemon was on track for $4 billion in revenue in 2020, COO Stuart Heselden said on a conference call on Thursday.

The company had announced the abrupt departure of CEO Laurent Potdevin in February on undisclosed charges of misconduct.