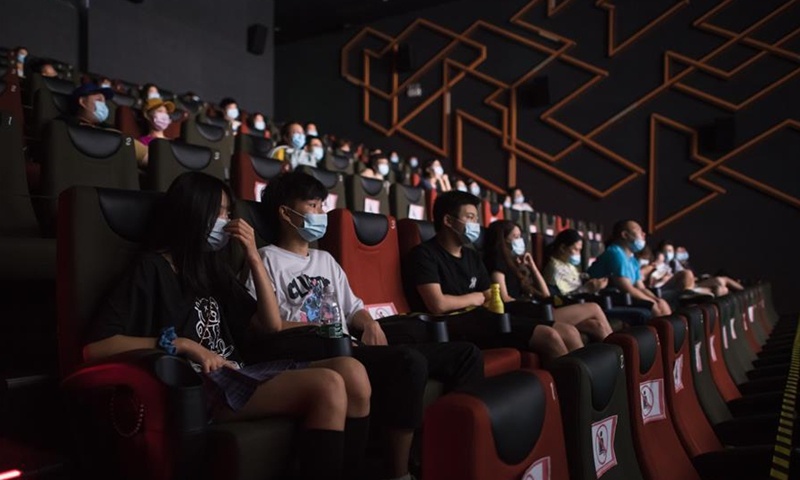 China's film industry was impacted in the past couple of months by the new, small waves of COVID-19 outbreak. Analysts say that China's film companies will struggle to realize their box office targets for the 2021 Chinese New Year holiday season.

An employee of CGV Cinema in southern Beijing's Daxing district reached by the Global Times said that theater seats occupancy is restricted at less than 50 percent of the capacity, from previous 75 percent and higher, as a precautionary measure to prevent virus. What's more, drinking and eating are not allowed in theatres.

"The theater seats occupancy in our cinema is limited to 50 percent, and we have lots of spare tickets to be sold," said a cinema employee.

According to the local CDC, there are 20 confirmed COVID-19 cases in Beijing 's Daxing District by Monday.

Because of the latest outbreak in northern provinces including Hebei, Jilin and Heilongjiang, shares of several film companies including Wanda Film, Enlight Media and Huayi Brothers Media Corporation edged down from Wednesday. Some analysts believe that the box office during Chinese New Year may only reach 4.5 billion yuan.