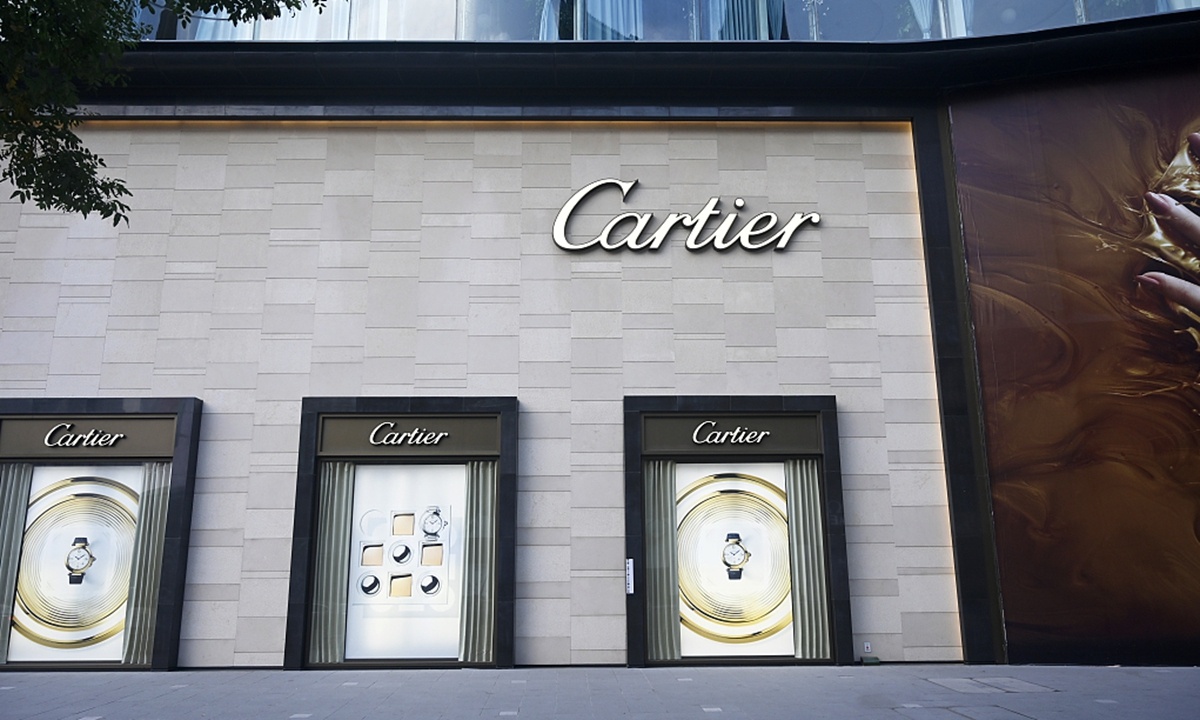 Global luxury brands including Cartier and Van Cleef & Arpels have launched a series of special-edition collections for the upcoming Chinese Valentine's Day (or Qixi which falls on August 14 or Saturday), in a bid to boost sales on the holiday.

Twelve well-known jewelry brands including Cartier, Van Cleef & Arpels and Piaget have released more than 200 models on e-commerce platform Tmall, such as Graff (which just opened a store on Tmall at the end of May), which launched a limited-edition butterfly phantom diamond necklace. Cartier also released an exclusive Trinity series bracelet and Swiss watch and jewelry brand Chopard launched limited edition products as well, according to a release Tmall sent to the Global Times on Friday.

In addition to limited-edition collections, such brands are also wooing customers with the help of high-tech such as AR fitting, 3D interaction and video customer services, such as Gucci, which introduces its jewelry on Tmall using AR so that customers can virtually try them on, meaning consumers can easily try on classic double G bracelets online.

The epidemic has accelerated the luxury industry's embrace of online channels. The Bain Consulting report predicted that the global luxury market would shrink by 23 percent in 2020, but China's domestic luxury goods consumption would rise by 48 percent against this trend.

Since 2020, there have been a wave of luxury brands to open stores on Tmall, and more than 200 luxury brands including Cartier, Prada and Armani have officially set up stores too, up from only around 80 firms in 2017.

In April this year, Chinese e-commerce giant JD.com reached a cooperation agreement with Louis Vuitton, meaning Chinese consumers would be able to search for Louis Vuitton products on the JD app, gaining access to a customized page dedicated to the brand under the new deal.

WeChat said in a report last year that in the past five years, the average annual growth rate of advertising in the luxury industry on WeChat has exceeded 90 percent. Meanwhile, self-operated mini programs have become a standard feature of brand social marketing.

In July, LVMH Group, the largest company by market capitalization in Europe, released its financial report for H1 2021, showing that the group's net profits were 5.29 billion euros ($6.21 billion), an increase of 62 percent compared to the same period in 2019. Of which, the Asia-Pacific market where China is located (excluding Japan) is one of the biggest drivers, as the market accounted for 38 percent of the group's overall revenue.