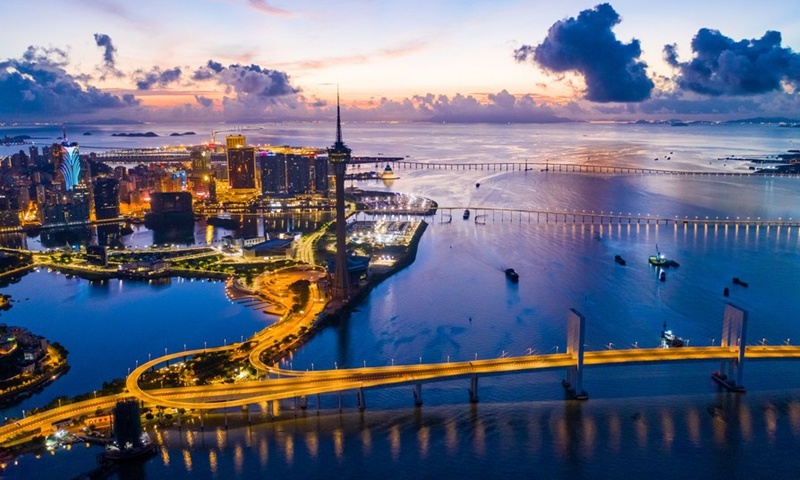 Macao's gambling sector won't be moved to Hengqin where a Guangdong-Macao in-depth cooperation zone is envisioned to push for the special administrative region (SAR) to diversify its economy, Ho Iat Seng, chief executive of the Macao SAR, told a press conference on Friday.

The in-depth cooperation zone in Hengqin is important to diversify Macao's economy, facilitate residents' lives and employment, and enrich the practice of "one country, two systems," said Ho when introducing the overall construction plan.

When asked whether the gambling sector in Macao will be moved to Hengqin, Ho said that the Constitution and Basic Law specify that there should no gambling development in the Chinese mainland. Gambling industries will not be relocated and it will remain in Macao.

The Hengqin zone is set to prioritize the development of industries including traditional Chinese medicine R&D-focused healthcare, modern finance, high-tech, exhibition and culture and sports, he said, noting that the central government offers vigorous support for Macao to develop diversified industries.

Ho cited upgraded fiscal and tax preferential support policies as part of a general plan unveiled on September 5 for building the in-depth cooperation zone in the island located in southern part of Zhuhai in South China's Guangdong Province, which instantly put next-door Macao under the spotlight.

The in-depth cooperation zone is committed to breaking limits in flows of technologies, talent, funds and information, pushing for its rules and mechanisms to connect with what prevails in Macao and align with international rules, the chief executive said at the Friday conference, expecting the zone to become a new benchmark for a new round of opening-up.

The Macao and Guangdong governments have decided on a plan for instituting organizations tasked with the new zone development and management, and have submitted the plan to the leading group for the development of the Guangdong-Hong Kong-Macao Greater Bay Area, Ho revealed, adding that the Macao SAR government has assigned a selection of young and capable civil servants to the new zone's executive committee.

The scheme is "the first mutual market access mechanism for individual investors. It is conducive to the facilitation of cross-boundary investment by individual residents of the Greater Bay Area, and is therefore also a crucial livelihood-related project," according to Lam, as quoted in a statement on HKSAR government's website.