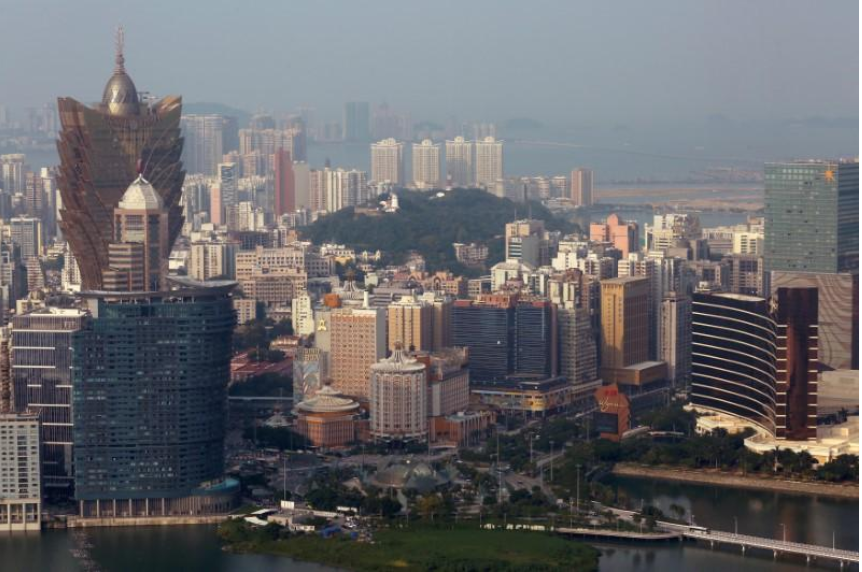 Casinos of Wynn and SJM Holdings are seen in a general view of Macau, China October 8, 2015. File Photo: REUTERS/Bobby Yip

Gaming revenue in the Chinese territory of Macau rose for the first time in three years in 2017 as high-end punters’ appetite for gambling recovers after a protracted government campaign against shows of wealth among public officials and slowing economic growth.

The former Portuguese colony and now special administrative region is clambering back after revenue plunged to five-year lows in 2014.

But revenue is still far off the highs hit ahead of 2014, hovering only around monthly tolls seen in 2011, data from Thomson Reuters Datastream showed.

Monthly gambling revenue in December was up 15 percent to 22.7 billion patacas, slightly lower than analysts’ expectations for growth of 17-20 percent. 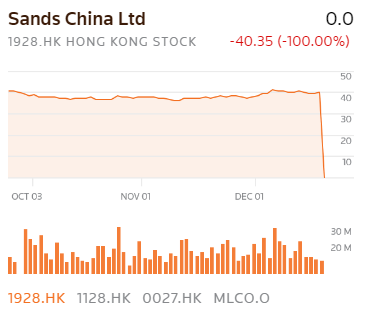 Winnings have been higher for operators such as Sands China Ltd (1928.HK), Wynn Macau Ltd (1128.HK), Galaxy Entertainment Group Ltd (0027.HK) and Melco Resorts & Entertainment Ltd (MLCO.O) which have casinos on the Cotai strip - a stretch of reclaimed land which now boasts some of Macau’s most opulent properties.

SJM Holdings Ltd (0880.HK) and MGM China Holdings Ltd (2282.HK), which do not yet have a presence on Cotai, have seen market share erode ahead of new openings along the strip.

MGM is due to open its new resort in January 2018 while SJM is not expected to open until closer to 2019, analysts said.