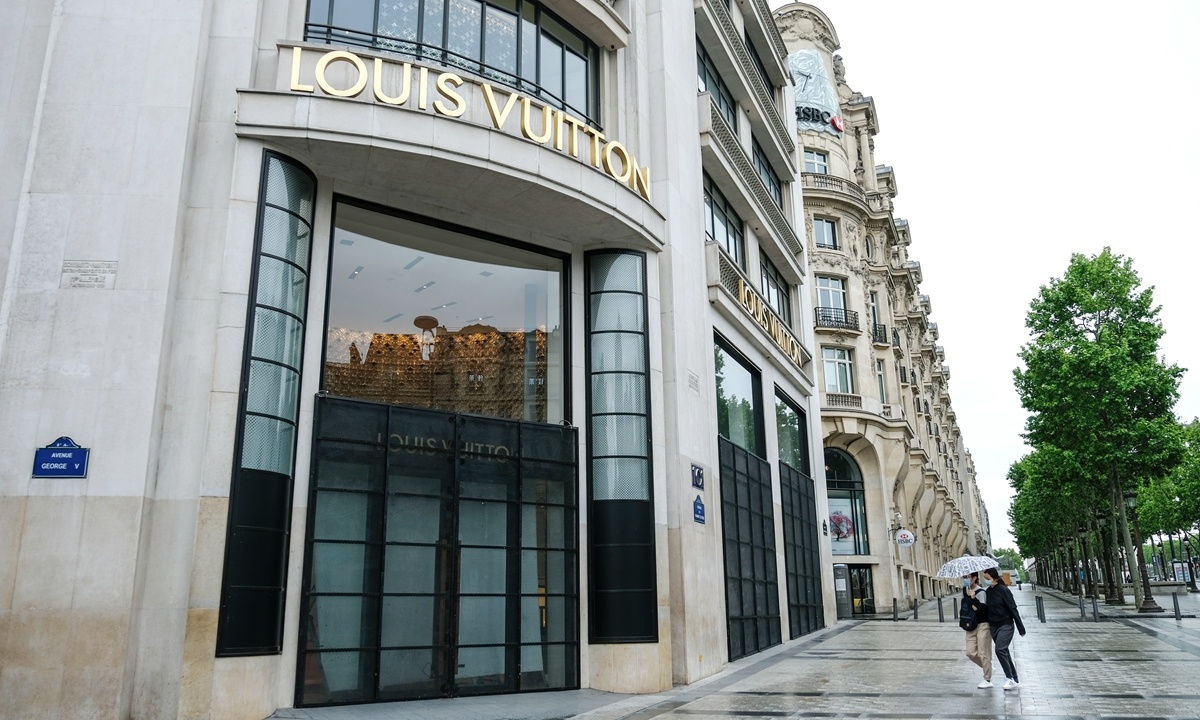 People pass a Louis Vuitton store in Paris in May amid the COVID-19 pandemic. Photo: AFP

The French company's $16 billion purchase of Tiffany hit the rocks this month after LVMH said it could not complete the deal by a November 24 deadline, triggering a legal battle.

LVMH cited, in part, an official foreign ministry request to delay closing the deal to January amid trade tensions with the US. The letter requesting the delay was signed by Le Drian, US legal filings by Tiffany and LVMH show.

The two sources, who spoke on condition of anonymity, said the Elysee Palace, President Emmanuel Macron's office, had asked Le Drian to produce the letter.

The Elysee declined to comment. A spokeswoman for the foreign ministry referred questions to a representative for Le Drian, who did not immediately respond.

Le Drian said in parliament on Tuesday, that, in the context of an ongoing trade row with the US, his ministry had received an enquiry from LVMH, and that it was natural for him to respond with advice. There was no immediate comment from LVMH on Le Drian's remarks

Asked by Reuters about any interactions between the Elysee and the foreign ministry over the letter, an LVMH spokesman repeated statements denying it had solicited the letter.

The coronavirus crisis has dealt a huge blow to the luxury goods sector and raised questions about whether LVMH was overpaying with its $135 a share offer.

LVMH said after the deal fell apart that Tiffany had significantly underperformed LVMH's own comparable brands in the first half of 2020, and that the US group's prospects for 2020 were "very disappointing".

In a lawsuit filed in the US state of Delaware to force the deal through, Tiffany said updated forecasts it had provided to LVMH in August projected that its earnings for the fourth quarter of 2020 would be greater than the previous year, demonstrating a rapid return to, and surpassing of, its pre-pandemic performance.

Sources told Reuters in June that LVMH's billionaire owner Bernard Arnault, a dealmaker known as the "wolf in cashmere" who has built an empire through acquisitions, was exploring ways to renegotiate the price, something LVMH has denied.

Analysts have said the two sides may still agree to close the deal at a lower price, although some did not rule out that Arnault may have already set his sights elsewhere. 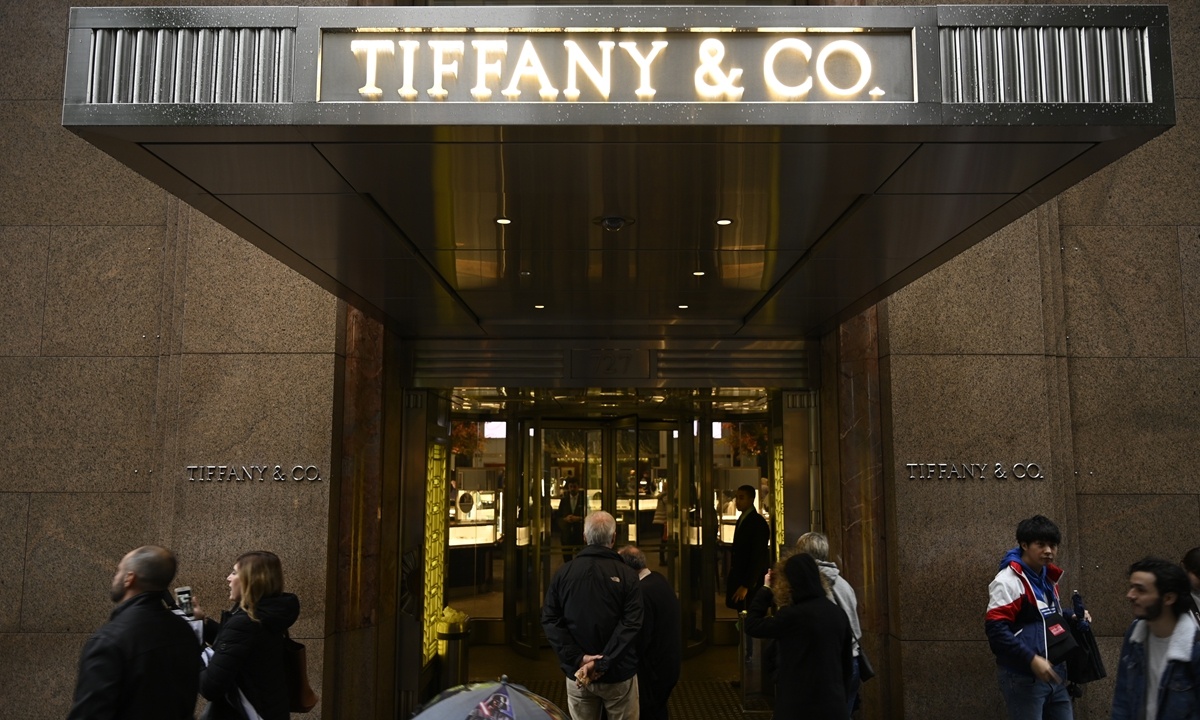 People walk past the headquarters of luxury jewelry and specialty retailer Tiffany & Co on 5th Avenue in Manhattan on October 27, 2019 in New York. Photo: AFP

One point of contention has been the provenance of the August 31 letter from the foreign ministry. Lawyers for LVMH sent an English translation of it to Tiffany's lawyers, a legal filing submitted by the US firm shows.

"In order to support the steps taken vis-a-vis the American government, you should defer the closing of the pending Tiffany transaction until January 6, 2021," the filing quoted the letter as saying.

"I am sure that you will understand the need to take part in our country's efforts to defend its national interests."

Responding to media reports that LVMH had solicited the letter, the French company has said repeatedly that it had no involvement, and that any reports it was involved are malicious.

The two government sources were not the same sources who said the Elysee asked the foreign minister to provide the letter.

One of the two government sources said the approach by LVMH to the finance ministry happened in mid-July. The second source did not say when it had happened.

Both of the government sources said the finance ministry rejected the request from LVMH.

The finance ministry declined to comment. Asked on Tuesday if LVMH had any involvement in the origins of the letter, the company spokesman said: "We formally deny these unfounded rumors".