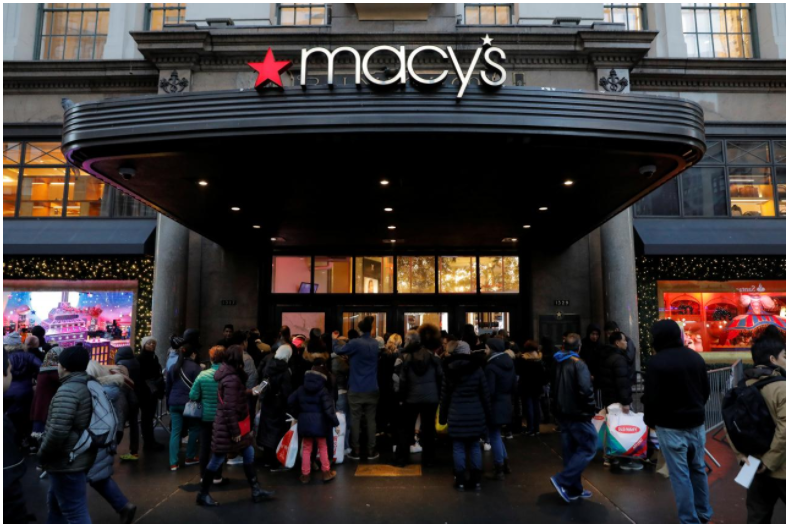 Department store operator Macy’s Inc said that processing of payments with some credit and gift cards was taking longer than usual in its stores on Black Friday, the traditional start of the key holiday shopping season.

Customers took to Twitter on Friday to complain about credit card machines not working in stores and online accounts not working.

“Hey @Macys just left $300 of items on counter because your credit card machines are down at State St Chicago. Can’t even look up Macy’s account. What. A. Joke. #macys #blackfridayfail,” tweeted Meghan McCollough (@meghan_mcc).

“They’re down nationwide actually. I feel for the poor cashiers,” another user, Nora Fogarty (@norakfogarty), replied.

A Macy’s customer service employee contacted by phone said she was unable to provide assistance due to technical issues.

“We have added additional associates to the floor (and) are working to resolve the issue as quickly as possible,” Macy’s spokeswoman Radina Russell said in an emailed statement.

The credit card processing slowdown began hours after Macy’s chief executive, Jeff Gennette, told CNBC that the retailer was better off this year than last, had robust online demand and was in a good place for holiday promotions.

Macy’s, which owns the upscale department store chain Bloomingdale’s as well as its eponymous stores, had been praised broadly through the day by retail analysts for delivering on tight inventory control and compelling discounts on Black Friday.