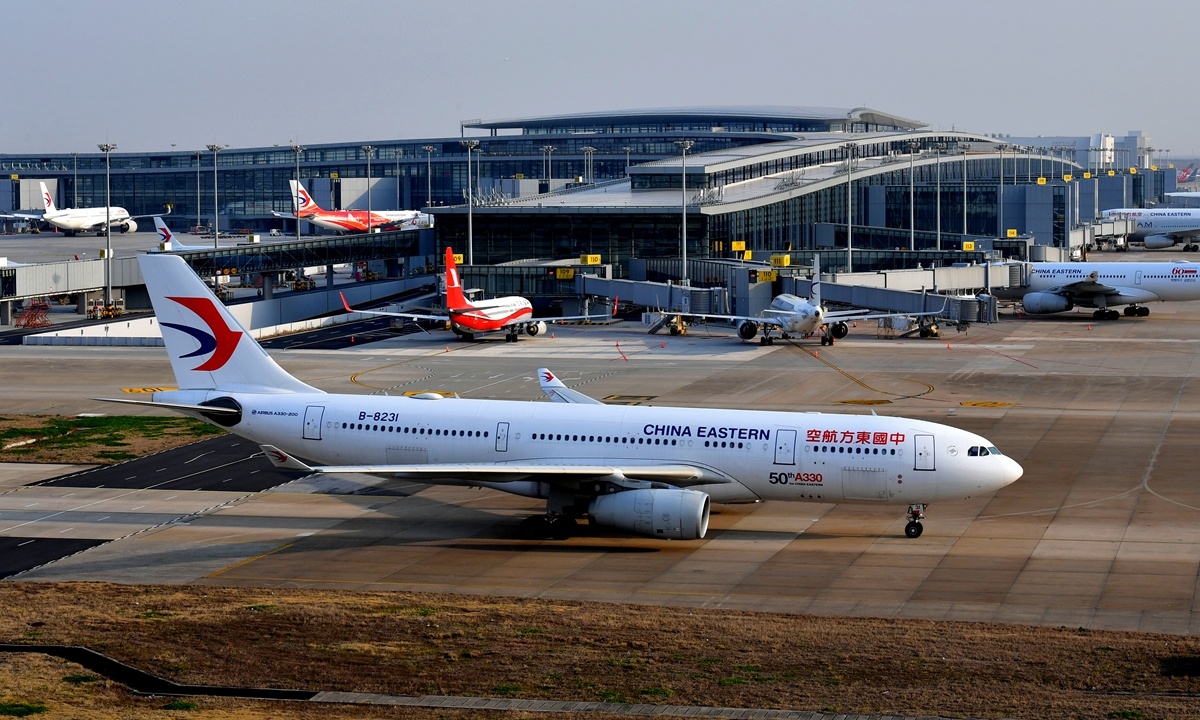 The civil aviation industry witnessed the most challenging financial report in history.

The carriers said that the epidemic has had a huge impact on the global and domestic aviation industry with severe challenges resulting in a sharp decline on passengers.

The companies have kept afloat by reducing expenses, resuming charter flights, developing freight operations and pushing free flying packages. Now, the domestic aviation market has taken the lead in recovering although ticket prices are still at a low level.

With the coming Chinese holidays of Qingming Festival and May Day, the price of air tickets has shown an upward trend recently.

Some experts said that with the growing demand during the holidays, air ticket prices have gone up in the short term but it is still difficult that this trend will continue, which casts a shadow over the future profits for the carriers.

In comparison, China Southern Airlines, which has the largest fleet among the three major carriers, had the smallest year-over-year decline in revenue and the smallest loss, while Air China, the most profitable in previous years, had the highest loss in 2020.

It should be noted that Air China suffered a huge blow as one of the shareholders of Cathay Pacific Airways. Air China's financial report data showed that in 2020, the loss of equity investment in Cathay Pacific was 5.109 billion yuan, a major factor affecting Air China's profits.

In addition, Air China has the highest proportion of international routes, which is also one of the reasons behind the huge loss amid the sluggish global passenger demand.

To fight against the epidemic, airlines also adopted various ways to improve revenue and reduce costs.

Financial report data shows that the three major airlines have strictly controlled costs in 2020. China Eastern Airlines' operating costs in 2020 was 70.8 billion yuan, a year-over-year decrease of 33.95 percent, followed by 33.22 percent for Air China and 30.05 percent for China Southern Airlines.

Such decline in costs covers the drop of jet fuel prices, lower airport takeoff and landing fees, and reduced meal and supplies which are in line with the contraction of travel demand during the epidemic.

In March last year, airlines offered chartered flights to regain operations and later, major carriers launched various types of packages to stimulate passenger travel. However, that revenue was not high due to the limited sales.

As the demand for transportation of epidemic prevention supplies has increased significantly, airlines have moved to explore this opportunity.

Qi Qi, an industry observer, told the Global Times that the cargo business is expected to see a soar in demand in the coming years.

As the biggest black swan event, the major airlines will pay close attention to the ongoing pandemic as it is a significant decisive factor for future recovery.

China Southern Airlines said that the company would still suffer from the negative impact of the widespread virus across the world as international flights have been still strictly limited.

Air China believes that China's aviation market will continue to recover. The demand for air travel is still strong in the long run with a huge market potential and as the pandemic comes under control, factors such as business and holiday travel will continue to drive the market expansion.

The civil aviation industry is hoping for a turning point in its recovery process.

Starting from Sunday, Chinese airlines began the summer and autumn seasons with 54 new additional routes. It is widely believed that the coming holidays will see strong competition in the battle for recovery after the epidemic.

China Eastern Airlines and China Southern Airlines have the highest number of weekly flights during the season with more than 16,000 flights.

With the coming of holidays, air ticket prices have begun to rise.

According to recent data from the booking website qunar.com, the number of air tickets booked for the Qingming and May Day holidays this year increased by 25 and 14 percent respectively.

However, it is still difficult to maintain the upward trend in ticket prices although the travel demand during holidays is high, Qi said.

He mentioned the biggest reason is that the international passenger traffic has not yet resumed resulting in an overcapacity for wide-body fleet and it is difficult to continue to increase the average ticket price.

The International Air Transport Association (IATA) announced in February its global passenger traffic results for 2020, showing that travel demand fell by 65.9 percent compared to the previous year, by far the sharpest traffic decline in aviation history.

IATA's forecast for 2021 is for a 50.4 percent year-over-year improvement on demand that would bring the industry to 50.6 percent of 2019 levels. While this view remains unchanged, there is a severe downside risk if more severe travel restrictions remain in response to new variants.