For the increasing number of Taiwan youth who choose to come to the mainland to start businesses, there are many attractive factors, from the favorable business environment to the massive market and to the modern lifestyle on the mainland. 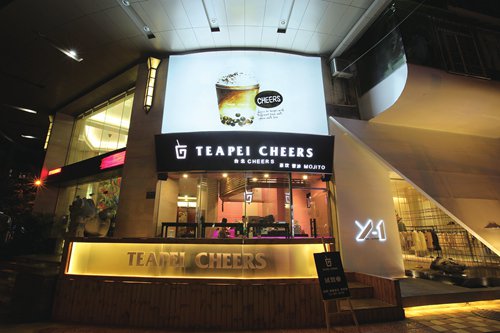 That should explain why there are more and more Taiwan youth coming to the mainland, despite strained cross-Straits relations.

Wu Jiaying, chairman of the Taiwan Businessmen's Association in Xiamen, East China's Fujian Province, told the Global Times in an exclusive interview that it is a "strange phenomena" that the more difficulties the Tsai Ing-wen administration poses to Taiwan youth when they come to the mainland to start up their businesses, the more they are attracted to the mainland. This trend has been particularly pronounced since the start of this year, he said.

In the past, young people in Taiwan's south wanted to go to Taipei to fulfill their potential, but now they are saying, "Let's go to Xiamen," Wu noted.

Shi Yanling founded her business, the Yuanmeng Restaurant, in Three Lanes and Seven Alleys, a top tourist destination in Fuzhou, capital of Fujian, in October 2016.

She told the Global Times in a recent interview that she started a business in the mainland because the market is highly integrated into the international market, compared with the island of Taiwan.

"If I could gain a foothold in the mainland, it means that I could easily succeed in other markets," said the 30-something woman, wearing a hair band decorated with a totem of her Atayal ethnic group.

Shi, after investigating markets in Europe and the US, chose to open the restaurant in Fuzhou in October 2016. The restaurant offers dishes cooked with unique ingredients and spices from the Atayal people. It invites bands to play traditional Taiwan folk songs at night and sells handiwork that features Taiwan indigenous culture.

Another attraction for Shi was the vast market. Shi took the example of asking for directions when she just came to the mainland two years ago. "When I asked Fuzhou residents where the supermarket was, they told me to turn right and walk straight. I expected to arrive at the supermarket within three minutes, which is quite common in Taiwan, but it took me more than 30 minutes," Shi said with a laugh.

Shi's business revenue has rapidly expanded in the past two years. "We are now starting to make a profit," she said.

For young entrepreneurs from Taiwan, the mainland provides great opportunities to help them realize their ambitions compared with the sluggish growth of Taiwan's economy.

Lin Zonglong, owner of tea drinks store Teapei Cheers in Xiamen, Fujian, told the Global Times that huge business opportunities exist in the mainland's tea drinks market, although the competition is very fierce. Lin comes from Taipei and started up his first business in the mainland in 2016.

Compared with Xiamen, where most tea drinks brands from Taiwan have established their chains, Lin, a post-80s man, bets on the potential of the mainland's western region such as Chengdu, capital of Southwest China's Sichuan Province, where purchasing power is on the rise.

The Teapei Cheers store he recently started is still in the soft opening phase but Lin is confident about its future and plans to open three to five chain stores in Xiamen by the end of this year.

There are many favorable policies for Taiwan's youth like Shi and Lin, who aspire to start a business on the mainland. More than that, the modern lifestyle is also appealing.

Through four decades of reform and opening-up, the mainland has experienced dramatic changes not only in fortune but also in cultural taste and its way of life.

Lin noted that life in the mainland is now more advanced than in Taiwan in some ways, a reversal from 40 years ago when China first embarked on the path of reform and opening-up.

"Back in Taipei, I cannot order food through apps using my mobile phone, which is quite convenient in Xiamen. Plus, I have to take cash or credit cards when going out since there is no digital wallet in Taiwan… I have got used to the developed online life here," Lin noted.