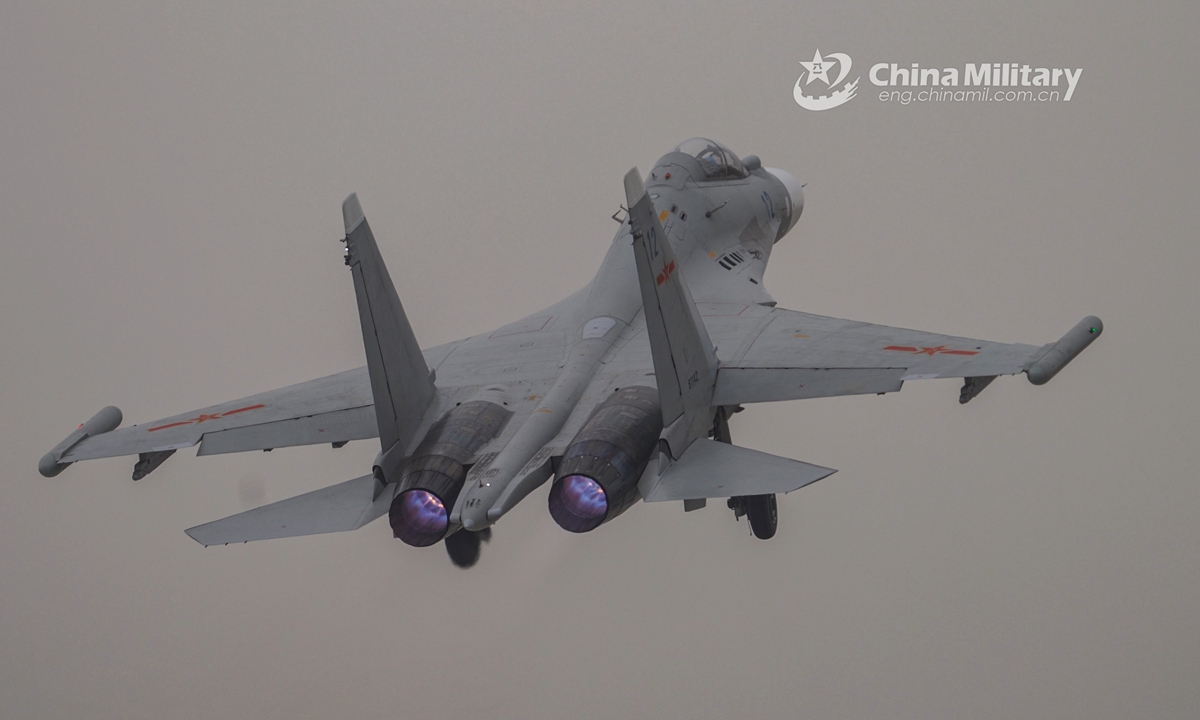 A fighter jet attached to a naval aviation brigade under the PLA Eastern Theater Command soars into the sky during a flight training mission on December 16, 2021. (Photo: China Military)

Chinese defense stocks started higher on Tuesday, buoyed by the People's Liberation Army (PLA)'s preparations and drills amid the possible visit of US House Speaker Nancy Pelosi to the island of Taiwan.

Chinese A-share market fell in the morning session, with the Shanghai Composite Index dropping 2 percent and the Shenzhen Component Index losing over 2.29 percent. A total of more than 4,500 stocks fell, with shares related to electricity, automobiles, education and tourism leading the drop.

Chinese Foreign Ministry spokesperson Zhao Lijian on Monday reiterated a warning that the US should not arrange a visit by US House Speaker Nancy Pelosi to the island of Taiwan, stressing that it would lead to serious consequences.