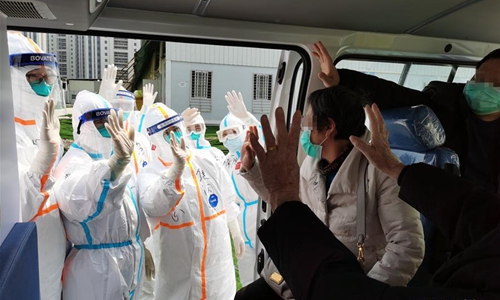 The use of "Wuhan virus" by Taiwan game players to refer to the novel coronavirus has led to the Chinese mainland-based game developer terminating cooperation with the island's regional agent, and such behavior has been criticized by observers as purely discriminatory rather than so-called freedom of speech.

The mainland firm temporarily closed the game, a Wuxia-themed online game known as JX3, on Saturday morning. Some Taiwan-based gamers were upset by this arrangement and vented their dissatisfaction on Weibo.

Some even called the coronavirus "Chinese Wuhan virus" in the chatroom after the game resumed online. These comments were captured in screenshots by other gamers and reported to the developer.

Consequently, the mainland firm suspended for 10 years some accounts of players who made these inappropriate comments, and it condemned such speech early on Sunday.

"In terms of the national interest, the bottom line cannot be touched," according to the company's statement.

However, the Taiwan agent later announced its support for the players' right to speak, threatened to end cooperation with the mainland firm, and re-activated the suspended accounts.

The mainland game developer announced it would terminate cooperation with its Taiwan client 22 minutes after the post.

Chinese cyberspace security expert Zhu Wei, a communications researcher at the China University of Political Science and Law, told the Global Times on Monday that the actions of some Taiwan residents and media outlets to wrongly name the virus went beyond "freedom of speech" and hurt the feelings of Wuhan residents who suffered a lot amid the epidemic.

As the World Health Organization officially named the virus COVID-19, such speech could only lead to regional discrimination, Zhu noted.