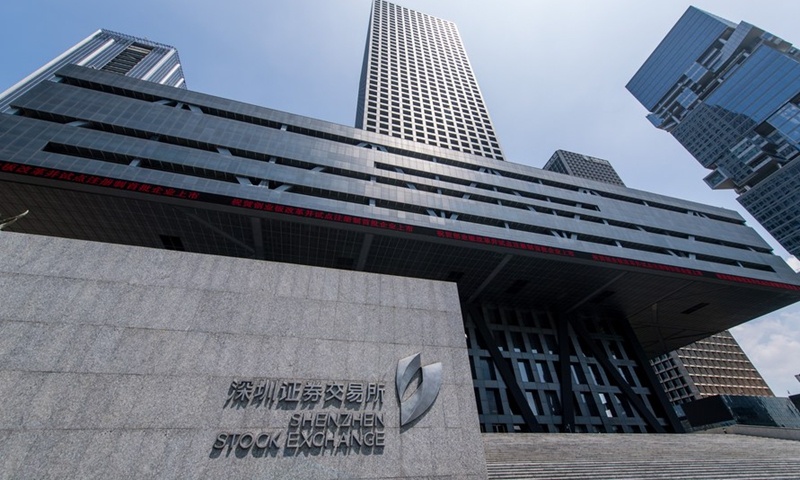 ChiNext-traded CATL overtook distilled spirits producer Wuliangye Yibin as the most valuable firm in the Shenzhen market on Tuesday, following an extension of its battery supply deal with Tesla till the end of 2025.

Shenzhen Sunmoon Microelectronics' shares, which are listed in the STAR Market in Shanghai, surged by the 20-percent daily limit after the company estimated that first-half net profits soared as much as 935.98 percent year-on-year.

Looking ahead, the stock market will increasingly be driven by economic fundamentals and corporate earnings, Wu Jinduo, head of fixed income at the research institute of Great Wall Securities, told the Global Times on Wednesday.

Driven by the EV and technology-induced rally, the ChiNext index posted a 17.22-percent rise in the first half. The STAR 50 index, for its part, jumped 14 percent during the period.

By comparison, the flagship Shanghai Composite Index, which edged up 0.5 percent to 3,591.2 points on Wednesday, was only up 3.4 percent.

The ChiNext index, the bellwether of China's shift toward technology-driven growth, took the fourth spot on the global equity performance rankings in the first half. It trailed the Taiwan Capitalization Weighted Stock Index with a rise of over 20 percent, France's benchmark CAC 40 index with an 18.3-percent gain and the Russian Trading System Index with an 18.21-percent rally, according to data from East Money Information, the operator of a major Chinese online financial information platform.

"Global stock and bond markets will likely stay in a comfort zone until the US Federal Reserve moves to taper bond purchases, which will happen sooner or later," Wu said.

A big correction in US stocks might be likely in case of an unexpected Fed move. Nonetheless, China's central bank is unlikely to react to the Fed's decision, and it will maintain a neutral monetary policy - meaning that mainland shares will be driven by earnings and investment appeal, he said.