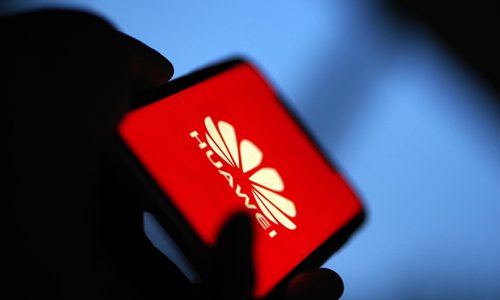 Chinese tech giant Huawei is transferring its manufacturing orders from Flex to other suppliers including Foxconn and Wingtec after cutting ties with the US original equipment manufacturer, industry sources told the Global Times on Tuesday.

Taiwan-based Foxconn received certain orders from Huawei after the tech giant ditched Flex, a person close to Foxconn told the Global Times on conditional of anonymity.

Deng Anming, planning department director of Wingtec, a Shanghai-based manufacturer of electric products, confirmed to the Global Times that the company saw an "evident" surge in orders from Huawei recently because of changes in the latter's supply chain.

According to Deng, the proportion of Huawei orders in the company's total orders has risen by 10 percent, but he didn't say what the level was before Huawei cut business with Flex.

To cope with the surging orders, Wingtec is increasing production capacity at its old plant in Jiaxing, East China's Zhejiang Province and setting up new plants in India and Indonesia, Deng said.

"Now there are many original equipment manufacturers in the mainland that have stable production capacity as well as research and development abilities. They can absorb the orders diverted from Flex and Huawei's supply chain won't be greatly influenced as a result," Deng said.

A person close to Huawei also told the Global Times on Wednesday that Huawei is changing its thinking about choosing business partners and is increasingly willing to cooperate with smaller companies with strong production abilities.

Some of the orders that formerly went to Flex have flowed to domestic suppliers including Longcheer and DBG Holdings, according to a report by yicai.com on Monday.

Neither of those companies had responded to queries as of press time, and Huawei didn't comment on the issue.

There is also much guessing that Shenzhen-based BYD will absorb a big share of the Huawei orders. BYD said it wasn't convenient to comment on the issue.

Flex reportedly halted production at some of its plants in the mainland and started to lay off employees after it was removed by Huawei from the latter's supply chain. Flex earlier detained Huawei's goods worth more than 700 million yuan ($101 million), a move read by the market as an echo of the Trump administration's attacks against the Chinese technology giant.

"As to the Flex incident, it is certainly exerting much worse influence on Flex, which has lost such a big client as Huawei. This is also the price that Flex must pay for its reckless siding with the US government," Xiang told the Global Times on Tuesday.

The incident is also ringing the bell for China's other technology companies to pay more attention to China's own suppliers that are safer to cooperate with than US companies, Xiang said. "Mainland companies didn't enjoy too much of the Huawei bonus in the past. This should change, which will stimulate the growth of domestic suppliers," he said.