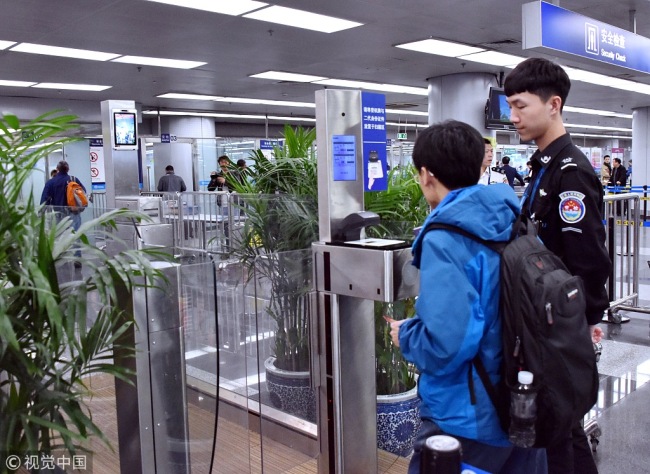 A passenger goes for a security check at the Beijing Capital International Airport. (File photo/VCG)

ZHENGZHOU - All of China's airports with passenger traffic of more than 10 million will support e-boarding passes and self-check-in by the end of 2018, an official with the Civil Aviation Administration of China (CAAC) said Friday.

China ranks second in the world in terms of air passenger and cargo turnover. The country has 32 airports with passenger volume more than 10 million.

All of the major airports will support e-boarding pass, and install self-check-in machines and ticket gates equipped with facial recognition, said the official.

According to CAAC, around 34 percent of flight passengers have opted to check in online or on self-service machines. It is estimated that e-boarding passes will help save 143 tonnes of paper each year.

China's air passenger volume reached 552 million in 2017, a 13 percent increase year on year. The country is forecast to surpass the United States to become the world's largest civil aviation market by 2022, according to a report by the International Air Transport Association.