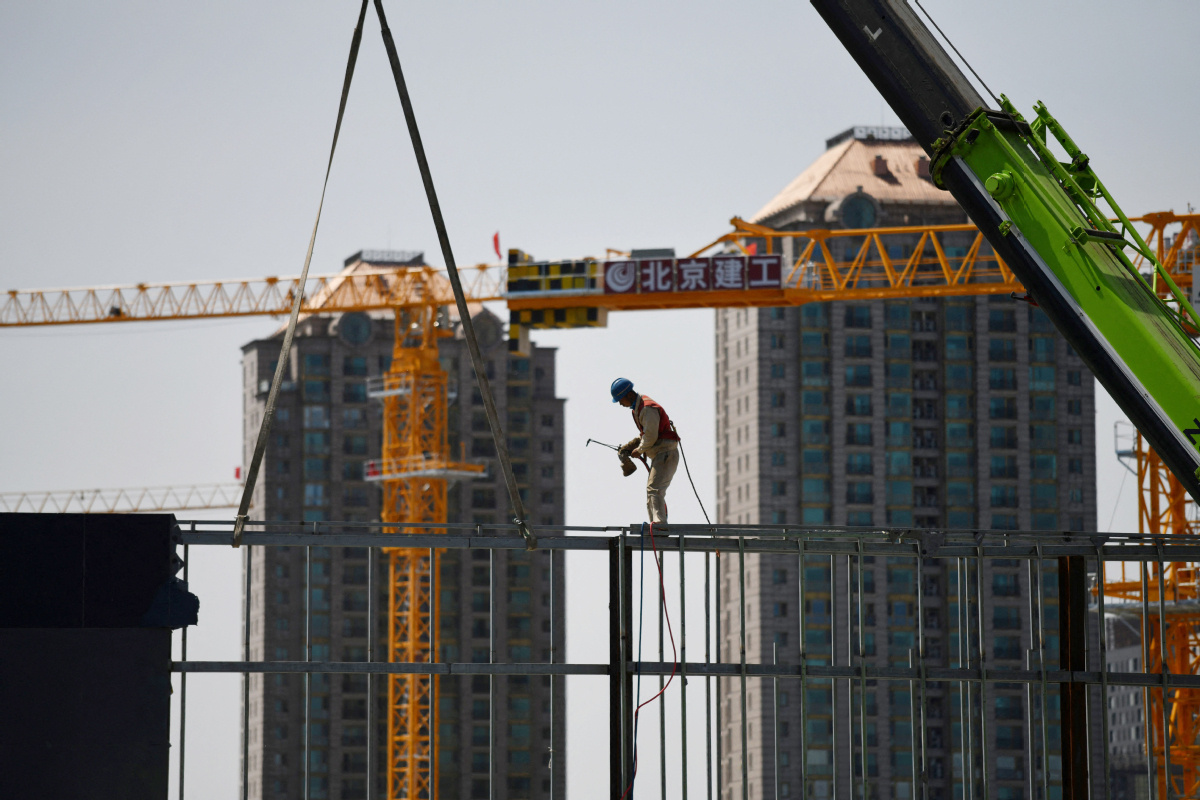 A worker prepares to weld a steel structure at a construction site in Beijing. [Photo/Agencies]

The report also points out that under the effect of guiding policies, the debt level of the listed real estate companies has declined. And China continues to be strict in financial policies over real estate, sticking to the principle of "housing is for living in, not for speculation" which was first proposed in 2016.

Another report released by the China Index Academy showed the real estate service sector is expanding in 2021. It estimated that by the end of this year, the number of listed companies in such industries may reach 70, with an average operational income of 3.06 billion yuan.