BUSINESS Majority of US CFOs think US trade policy negative for businesses: survey

Majority of US CFOs think US trade policy negative for businesses: survey 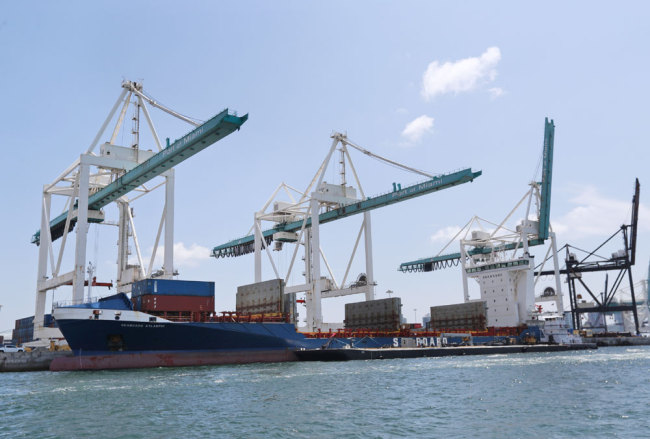 Some 65 percent of US chief financial officers (CFOs) believe that US trade policy will be negative for their businesses over the next six months, a new survey released on Friday showed.

"While at a macro level it's easy to understand the motivation behind the recent policy changes, I can't find a single CFO who has told me it would be a positive for his or her business," said Jack McCullough, president and founder of the CFO Leadership Council, an executive networking group. "I cannot recall when CFOs were as jittery about a change in policy as they are today."

The survey was conducted between Aug. 21 and Sept. 3 among 62 global members of the CNBC Global CFO Council, which represents some of the largest public and private companies in the world.

According to a recently released annual survey conducted by the US-China Business Council (USCBC), US-China trade friction is "negatively impacting" US companies operating in China, with 81 percent of the some 100 executives reporting such impact, up by 8 percent from last year.

Nearly half of the respondents report lost sales and ceding market share to foreign competitors, and a "staggering" 37 percent of respondents indicate lost sales in China due to Chinese partners' concerns about doing business with US companies, which are increasingly viewed as unreliable business partners as a result of the trade tensions, the survey showed.

Brian Higginbotham, senior economist at the US Chamber of Commerce, wrote in an article Thursday that in recent months both business and consumer confidence have "faltered," citing tariffs on China as one of the factors. "There is a clear consensus that the recent tariff actions against China are particularly worrisome," he said.