KUALA LUMPUR, Aug. 17 (Xinhua) -- Malaysian Central Bank on Friday revised down this year's growth forecast to 5 percent, after its gross domestic product (GDP) in the second quarter came in sharply below its expectation at 4.5 percent. 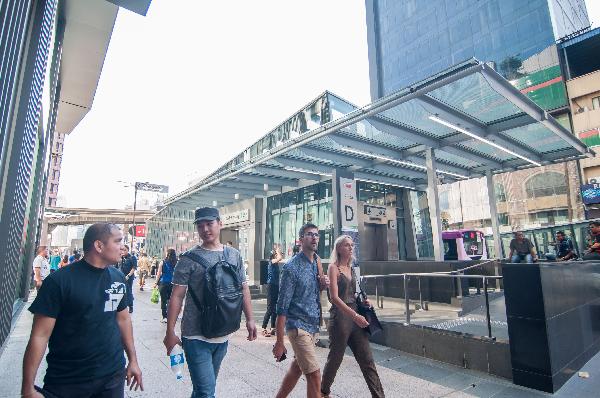 At her first-chaired GDP briefing after appointed as the central bank's governor, Nor Shamsiah Mohd Yunus said the first half GDP growth of 4.9 percent was lower than expectation, thus the bank has revised down its full year growth to reflect recent global tensions.

The bank earlier projected Malaysia to grow between 5.5 percent to 6 percent this year. However, after posting a GDP growth of 5.9 percent last year, the country's growth moderated to 5.4 percent in the first quarter.

It posted another poorer growth of 4.5 percent in the second quarter due to commodity-specific shocks in the mining and agriculture sectors.

While the services, manufacturing and construction sectors showed growths at 6.5 percent, 4.9 percent and 4.7 percent respectively in the second quarter, the agriculture and mining sectors slipped into the red at 2.5 percent and 2.2 percent.

According to Nor Shamsiah, the growth this year will be supported by private sector spending due to tax holiday from June to August.

Malaysian government has since June abolished the Goods and Services tax, and will reintroduce the new form of Sales and Service tax in September.

At the contrary, public sector investment contracted up to 9.8 percent, while public investment grew at only 3.1 percent.

Nor Shamsiah, who sees further escalation of trade tensions and financial market volatility as the two key risks for economy, indicated if global trade dispute escalates and affects more products and countries, global growth will be dragged and Malaysian economy will be affected.

However, as Malaysian economy is diversified, she believed the sustained domestic activities will provide some cushion to the country.

Commenting on the impacts of recent Turkish Lira crisis, she said that Malaysia's exposure to Turkish debt is only 0.1 percent of its total debt, which should not be a major concern.

As Malaysia registered a lackluster growth in Q2, economists have also reduced their growth projections this year.

It said that Malaysia's growth slowed sharply in 2Q partly reflecting the political transition following the May election.

While consumer spending should continue to be buoyed by the scrapping of the GST, the suspension of a number of large infrastructure projects and weaker demand for exports suggested a sharp rebound is not on the cards, it said.

ANZ Research also said in a note that its full-year GDP forecast of 5.4 percent is now unlikely to be met as the Q2 growth was significantly below its expectations.

"Trade prospects constitute a key risk. There has been a loss in momentum in exports over recent months, as the strains from global trade tensions became apparent. There is clear downside risk to our full-year GDP growth forecast," it said.