Malaysia positive on further cooperation between Proton and China's Geely 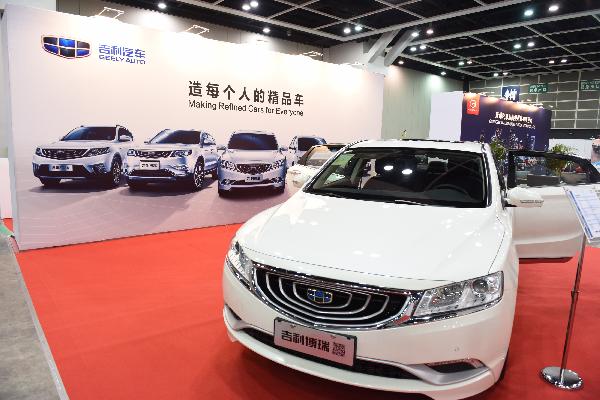 During Malaysian Prime Minister Mahathir Mohamad's visit to China, both parties announced Saturday that they will form a joint venture for Proton to assemble and market its cars in China.

"We are positive with Proton's new venture in establishing a presence in China, with the support of shareholder Geely. The new venture strengthens our view on the strong commitment of Geely to assist Proton for a turnaround and enhance its brand name," said Hong Leong Investment Bank in a report.

The research house opined that Proton will leverage on Geely's technology and platforms for exciting new models line-up and achieve its aspirations of reclaiming market leadership in Malaysia and becoming one of the top three original equipment manufacturers (OEMs) in Southeast Asia.

It also did not discount the possibility of Proton and Geely participating in Mahathir's aspiration in the development of a new national car for Malaysia, as well as the new Malaysia-Indonesia ASEAN car projects, as the prime minister said earlier that Geely is capable of producing electric vehicles with Proton for the ASEAN market and beyond.

RHB Research Institute also said in a report that it foresees a huge potential for the joint venture, as entering China will give Proton the opportunity to ride the growth of the world's largest automotive market and reduce its dependency on the domestic market.

Kenanga Research said in a report that the latest corporate development will further enhance a turnaround in fortunes for Proton as well as re-enforcing its ambitious plans to penetrate the exports market.

"In our view, Geely's entry as a strategic partner into Proton has fast-tracked an easier route for Proton to gain entry into the lucrative Chinese market which is in line with Proton's 10-year business plans targeting 10 percent share of regional markets," it added.

Proton was set-up by Mahathir during his first stint as Prime Minister from 1981 to 2003, but has ran into difficulties in recent years, before Geely acquired 49.9 percent of Proton from Malaysian conglomerate DRB-HICOM.

Mahathir, who is in China for an official visit, toured Geely's headquarters in Hangzhou and tested-drive several of its cars. Praising Geely's development especially on technology, he said Proton could benefit from working with the Chinese car maker.