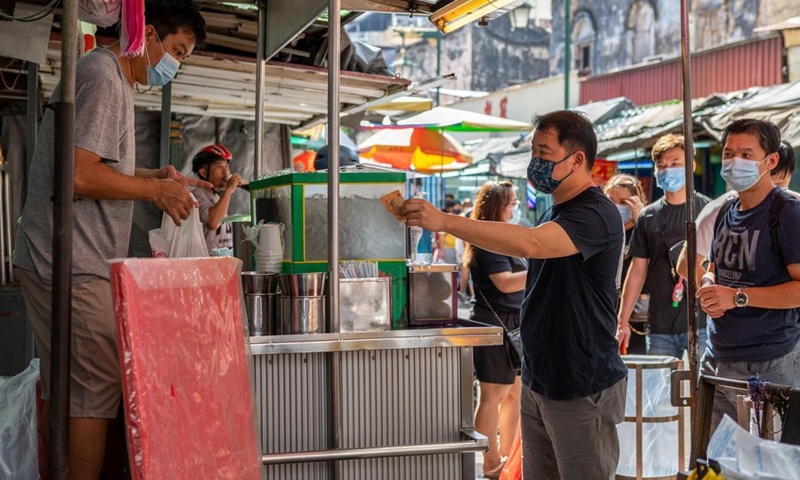 Malaysia resumed construction work on the East Coast Rail Link's (ECRL) Section C on Monday, which would enhance China-Malaysia economic and trade cooperation and lay a solid foundation for the high-quality joint construction of the Belt and Road Initiative (BRI), according to an expert.

Xu Liping, director of the Center for Southeast Asian Studies at the Chinese Academy of Social Sciences, told the Global Times on Monday that the original project had been curtailed, which did not fully utilize the benefits of the ECRL, so resuming the project would help promote the benefits.

According to Reuters, the length of the project was shortened to 640 kilometers from 688 kilometers during the suspension, but it's since been expanded to 665 kilometers.

Xu added that the 14-percent increase in the estimated cost will benefit Malaysia because the project will further spur economic development for the east coast in the long run.

Resuming the project will further promote the strategic mutual trust between China and Malaysia, Xu said, adding that this move will enhance the demonstration benefits of economic and trade cooperation between the two countries and lay a solid foundation for the high-quality joint construction of the BRI.

With the signing of the Regional Comprehensive Economic Partnership at the end of March, an upgraded China-ASEAN Free Trade Agreement, and visits by four foreign ministers of ASEAN countries to Beijing from March 31 to April 2, China and ASEAN are set to expand economic and trade cooperation.

According to the company's website, the ECRL crosses peninsular Malaysia from east coast to west coast, which connects Wakaf Bharu in the state of Kelantan and Port Klang in the state of Selangor.