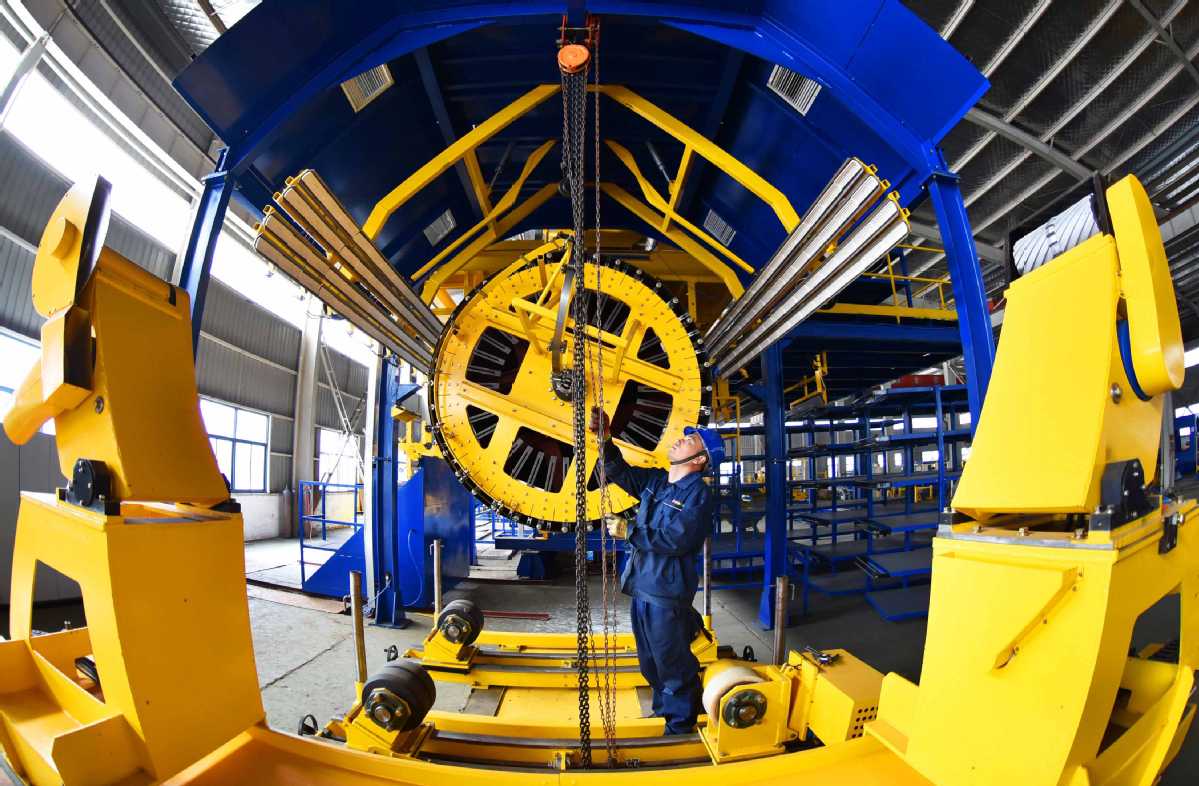 China's manufacturing enterprises devoted more energy to innovation and quality in their transformation and upgrading recent years, according to a report published on Wednesday.

The China Enterprise General Survey 2018, which was released by the Institute of Quality Development Strategy of Wuhan University and China Enterprise Survey Data Center, investigated enterprises from five provinces, including Guangdong, Hubei, Jiangsu, Jilin and Sichuan with 1,978 valid samples. These provinces registered 42 percent of total industrial output value of the country in 2018, and 37 percent of employees in manufacturing, the report said.

Figures in enterprises' innovation input, output and form in recent years have shown a growing number of enterprises wanted to change their development modes.

The proportion of new product sales in the total amount of enterprise sales expanded from 24.6 percent in 2015 to 29.1 percent in 2017, an average annual raise of 2.3 percentage points.

Specifically, Chinese manufacturing enterprises stood out when referring to process and production innovation. Surveyed companies improved their product quality and efficiency via optimized working process and modified processing methods, rather than some original technologies, according to Cheng Hong, dean of the Institute of Quality Development Strategy of Wuhan University.

Among the surveyed enterprises, 64.2 percent of them showed innovative production methods, and 59.5 percent demonstrated product innovation.

In the past three years, some 80.7 percent of enterprises notably increased their investment in quality, and 85.4 percent markedly improved their production qualities. Product demand (43 percent) was the top reason for surveyed enterprise to improve quality, followed by factors such as technology, management, and market competition.

Enterprises' brand awareness, another indicator of quality improvement, was increasing. Surveyed enterprises with independent brands accounted for 47.3 percent among all in 2017, an increase of 2.3 percentage points from 2016.