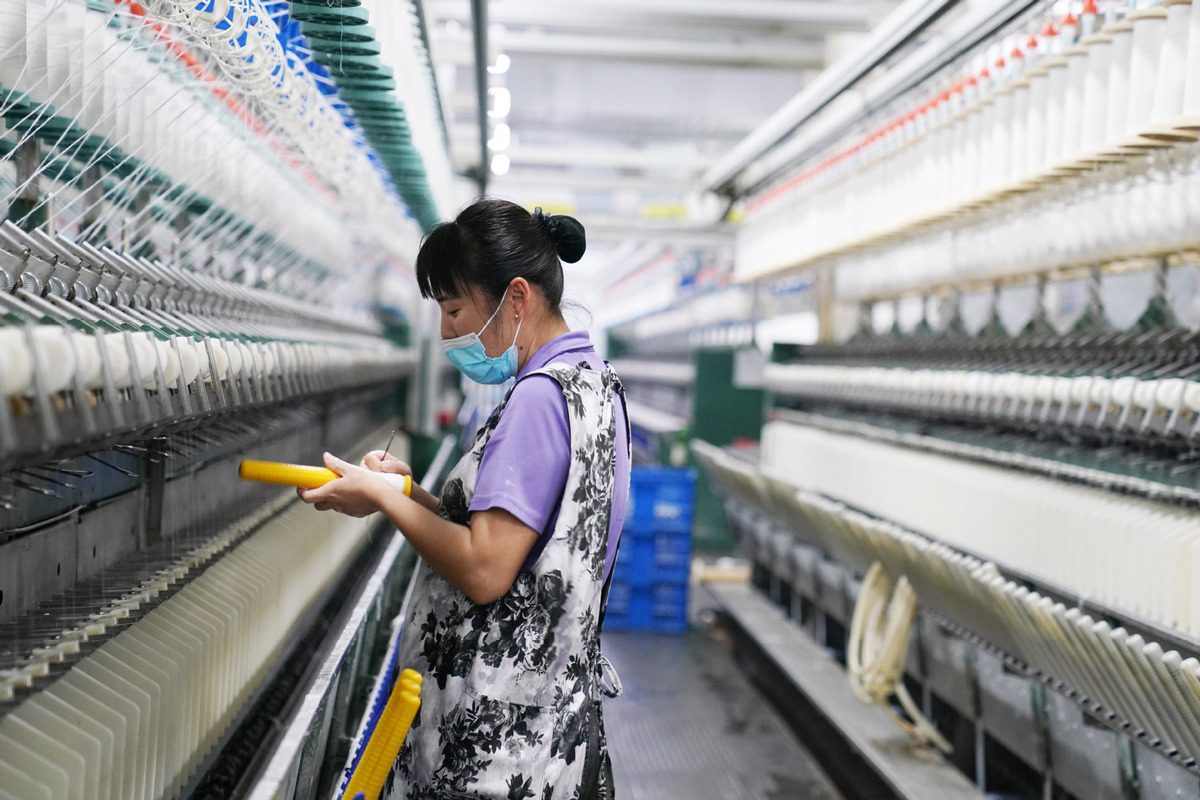 A woman works at the workshop of a textile company in Qinggang county, Northeast China's Heilongjiang province, April 16, 2020. (Photo: Xinhua)

The Caixin China General Manufacturing Purchasing Managers' Index rose from 53 in September to 53.6 in October, signaling a marked improvement in business conditions of China's manufacturing sector, and the strongest reading since January 2011.

Both demand and supply of the manufacturing sector were active, as fallout from the COVID-19 pandemic gradually faded. The sub-index of total new orders rose sharply in expansionary territory, its highest since November 2010 according to survey data released on Monday by media group Caixin and information provider IHS Markit.

Manufacturers remained confident about the economy, as the gauge for future output expectations rose sharply to their highest level since August 2014. Nearly a third of manufacturers in the survey believed their businesses would get better in the next 12 months.