Manufacturing PMI eases to 53 in Dec 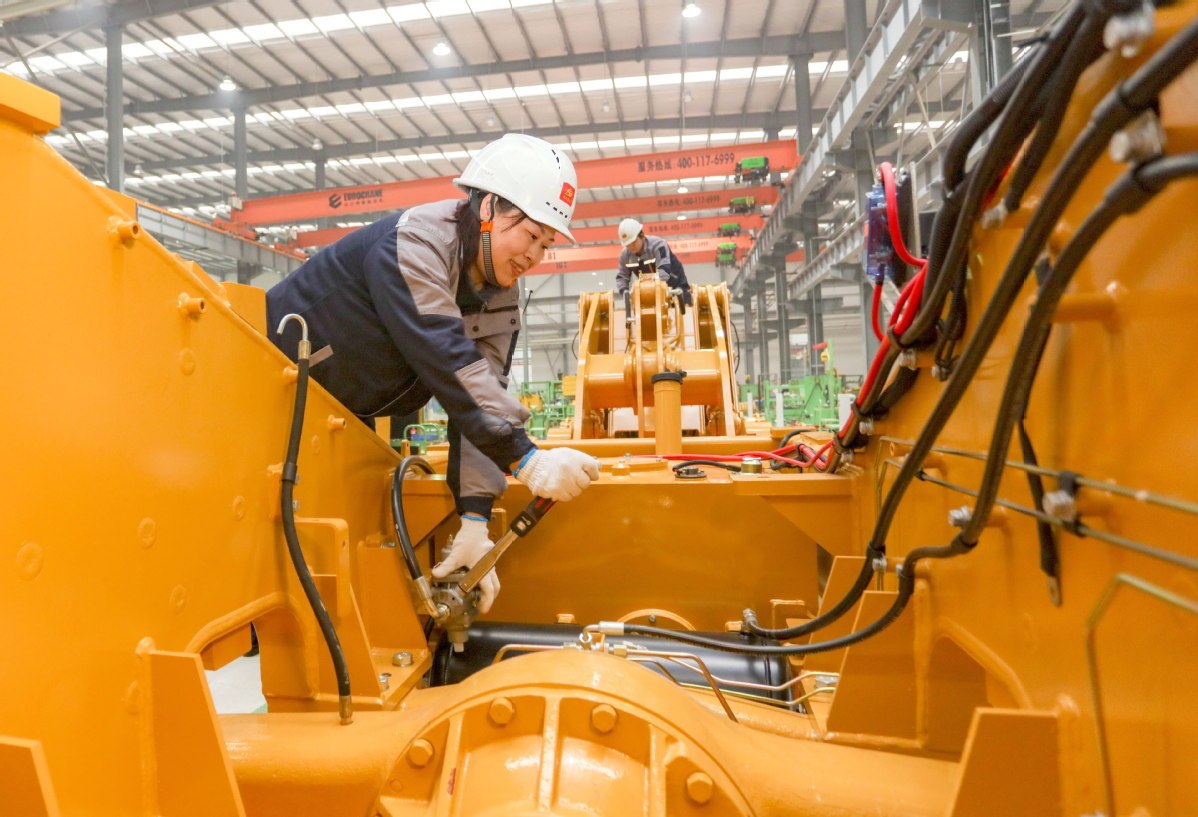 An employee works on the production line of a heavy machinery manufacturing firm in Suining, Sichuan province. (Photo: China Daily)

Manufacturing activity moderated in December amid slower expansions in output and total new work orders, a private survey of manufacturers said on Monday.

The Caixin China General Manufacturing Purchasing Managers' Index came in at 53 in December. While the latest reading was slightly lower than the November reading of 54.9, which was the highest since November 2010, the December figure still remained in expansionary territory by standing above the benchmark of 50, signaling a solid improvement in the health of China's manufacturing sector, according to the survey.

The Caixin figure mirrors the manufacturing PMI data released by the National Bureau of Statistics on Dec 31, which saw the reading edge down by 0.2 percentage point on a monthly basis to 51.9.

The subindexes for output and total new orders reported positive number for the 10th and seventh consecutive month, according to the Caixin survey. Despite the uncertainty in COVID-19 control in overseas markets, demand for China's exports remained in expansionary territory for the fifth month in a row. A slower increase in production over the past month was the major cause for the slightly contracted December number.

Measurements for inventories showed signs of stable growth. The gauge for quantity of purchases remained positive for the eighth consecutive month and stocks of purchases continued to expand. Inventories fell at intermediaries and investment-goods producers, but rose at consumer-goods makers.

Chinese goods producers generally expect production to be higher than current levels in a year's time amid forecasts of firmer global demand conditions and an end to the COVID-19 pandemic. As a result, the gauge for future output expectations remained comfortably above 50 and slightly higher than the long-term average, said the Caixin survey.

Wang Zhe, a senior economist at Caixin Insight Group, said the negative impact of the pandemic on the domestic economy further subsided in December and resulted in continued recovery of the China's manufacturing industry.

While macroeconomic indicators will be stronger in the next six months given the low bases in the first half of 2020, Wang warned about the mounting pressure on costs due to higher raw material prices and its adverse impact on employment. It is particularly important when it comes to the planned exit from the stimulus policies implemented since the epidemic, he said.

Employment fell into contraction territory in December for the first time since August, showing that recovery in China's private sector still remains "tenuous", said Erin Xin, an economist for HSBC.

"As the private sector accounts for 85 percent of the urban employment, a sustained rebound in the private sector is still needed for a full economic recovery. This means policymakers will likely take a slower approach to tapering easing and are likely to remain accommodative, particularly for small and medium-sized enterprises which have been hit badly by the pandemic," she said.