BUSINESS Manufacturing sector presses ahead as work restarts quicken in May

Manufacturing sector presses ahead as work restarts quicken in May 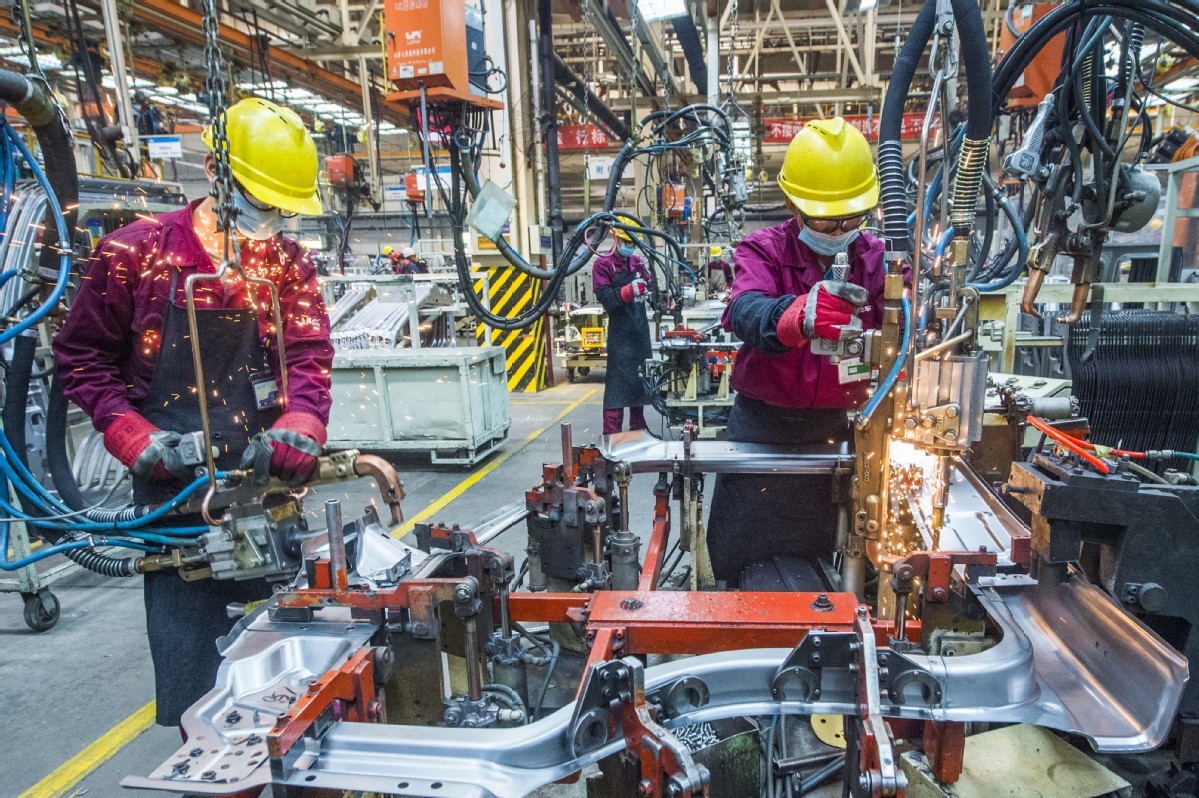 China's manufacturing sector expanded at the highest rate last month since the COVID-19 outbreak, as the rebound in production quickened, a private survey said on Monday.

The Caixin China General Manufacturing Purchasing Managers' Index returned into the expansion territory in May and stood at 50.7, the highest level in the last four months, said a report released by media group Caixin on Monday.

The index came in at 49.4 in April. A PMI reading above 50 indicates expansion, while one below reflects contraction.

The pickup in operating conditions was backed by the acceleration in production amid further work resumption, the report said, with the output expansion rate climbing at the fastest level in more than nine years.

Supply chains also stabilized in May, following disruptions in prior months due to the restrictions to contain the epidemic, the survey showed.

Confidence of the surveyed manufacturers－around 500 private and State-owned manufacturers－brightened in May as the domestic economic order gradually normalized while some overseas economies started to partially resume work. The sub-gauge for future output expectations rebounded markedly to the same level as before the coronavirus outbreak, according to the report.

To sustain the recovery in the manufacturing sector, economists said there is a pressing need to expedite the rebound in domestic demand amid mounting external uncertainties, ranging from the pandemic situation to geopolitical and trade tensions.

"Production continued its expansion while demand had yet to recover," said Wang Zhe, senior economist at Caixin Insight Group. "Sluggish exports remained a big drag on demand as the virus continued spreading overseas."

The subindex for new export orders reported a sharp contraction last month, while that for total new orders remained in the contraction territory despite rising slightly from the previous month.

The official PMI for May, which edged down to 50.6, also indicated that sluggish exports have put pressure on total demand, posing challenges to future economic recovery.

The subindex of new export orders came in at 35.3, lower than the 50.9 of total new orders, the National Bureau of Statistics said on Sunday.

The central government rolled out a proactive fiscal policy package at the annual national legislative session, with bulk of the funds earmarked for boosting people's incomes and consumption, while the rest is to support infrastructure investment.

"With the policies to expand domestic demand taking effect, the manufacturing sector, generally speaking, is expected to continue its expansion in the second half of the year," Wu said, adding that fluctuations in PMI readings may still be inevitable due to protracted uncertainties.

The Caixin report also indicated that the policies to stabilize employment should be implemented in full swing, as the employment subindex has remained in the contraction territory for five months in a row.