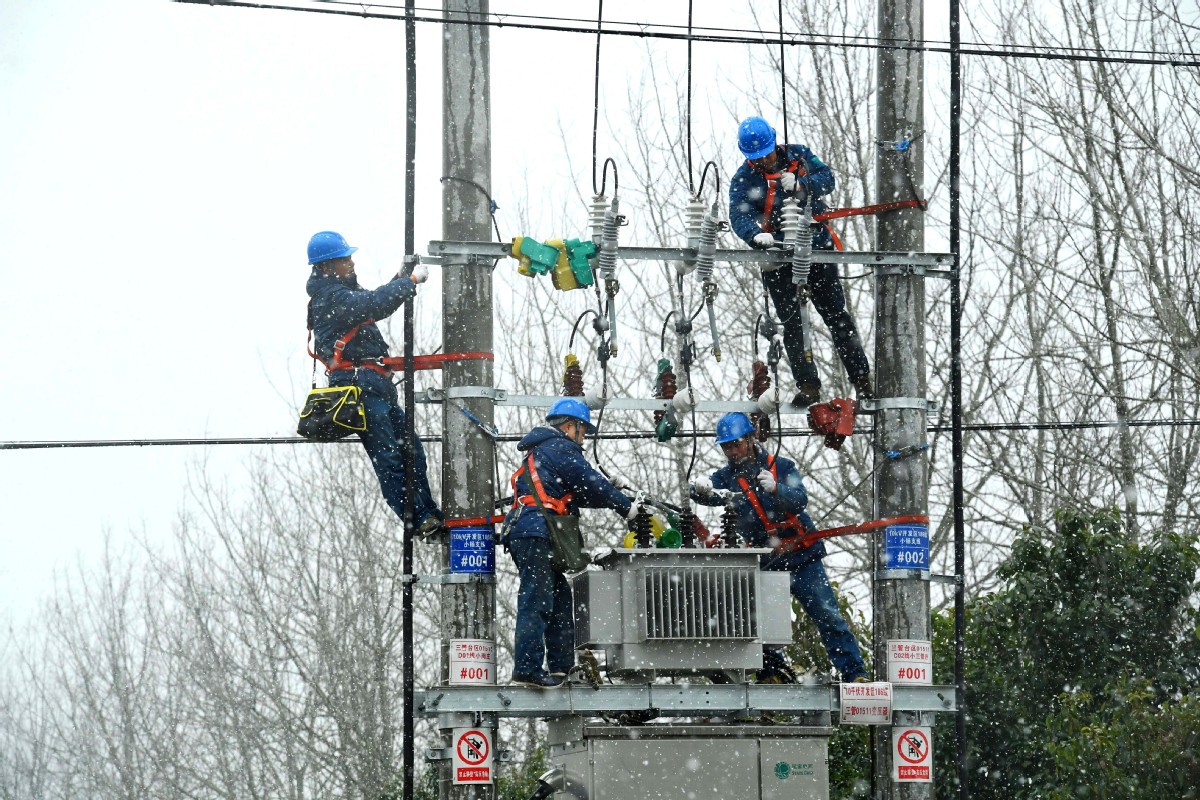 Electricity consumption in China, a key indicator of economic activity, reached 6.84 trillion kilowatt-hours in 2018, an increase of 8.5 percent year-on-year, according to the China Electricity Council.

Electricity consumption hit a six-year high since 2012, with a year-on-year growth of 1.9 percent. This is against the backdrop that China's year-on-year GDP growth reached 6.6 percent in 2018, according to the National Bureau of Statistics.

Growth in electricity consumption is usually considered a barometer of economic development, monitoring the trend and trajectory of a nation's economic activity.

Feng Yongsheng, a researcher at the Chinese Academy of Social Sciences, said the power consumption rise rate last year well reflected economic growth. The power growth rebound shows that the policies to support the real economy, including the tax reduction, regulatory reform and structural adjustment policies, have been effective.

Growth of the real economy, especially the industrial sector, led to a power use rebound last year, while providing sustainable momentum for economic development, he said.

The industrial sector's power consumption rose 7.2 percent year-on-year to 4.72 trillion kilowatt-hours last year, with power use in high-tech and equipment manufacturing climbing 9.5 percent from the previous year, according to the China Electricity Council.

The CEC forecast that the growth rate of China's power consumption will fall to around 5.5 percent in 2019 based on normal annual precipitation and no large-scale and drastic temperature changes.

According to Feng, the power consumption growth rate might be slightly higher than the economic growth rate this year, underpinned by deepening supply-side reform in the power sector, and the increasing power demand arising from supportive macro policies.

"Despite the uncertainties that affect China's economic growth, supportive policies including tax cuts, State-owned enterprise reform and policies bolstering the private sector will provide long-term momentum for the economy, and we expect GDP as well as power consumption this year will continuously retain medium-to-high speed growth," he said.

Zhou Lanxu contributed to this story.