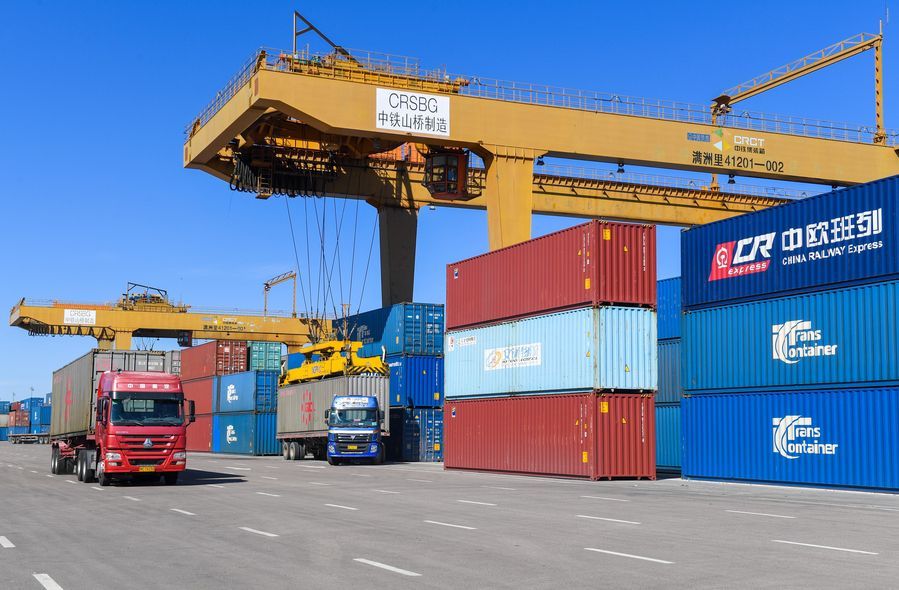 Manzhouli, the largest land port on the China-Russia border, recorded 1,523 trips of inbound and outbound China-Europe freight trains in the first half of this year, according to a report by China Railway Harbin Group Co Ltd on Tuesday.

Outbound trains made 780 trips, up 85 from the previous year, while 743 trains traveled back, with an increase of 154 trips year-on-year.

With the largest transportation volume among all land ports across China, Manzhouli railway port serves a bridge between China and European countries, and also plays a significant role in connecting nations involved in Belt and Road routes.

During the past six months from January to June, the total cargo volume transported via Manzhouli port reached 8.93 million tons, with 8 million imported goods, up 2.4 percent year-on-year, and about 925,000 tons of cargo was exported to foreign countries, rising 3.8 percent from a year earlier.

In addition, nearly 820,000 tons of fertilizer and 2.01 million tons of coal have been imported via Manzhouli port in the first half of this year. The import volume of iron concentrates surged 79.8 percent year-on-year to 1.29 million tons, as China accelerates economic recovery after resuming work and production.