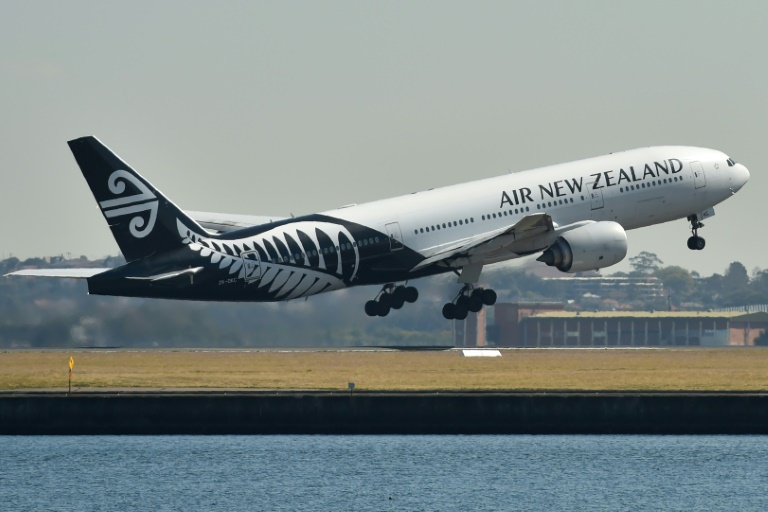 Air New Zealand is facing calls for a boycott from Maori groups after applying to register the masthead of its 'Kia Ora' in-flight magazine as a trademark. (Photo: AFP)

Maori groups threatened to boycott Air New Zealand Thursday, accusing the airline of cultural theft over its attempt to trademark the masthead of its in-flight magazine Kia Ora.

The magazine's title is an indigenous greeting commonly used by all New Zealanders and the Maori Council said the Kiwi flag carrier had no right to trademark it.

"The words 'kia ora' are Maori and for them to be commercialised is a disgraceful act," Maori Council spokesman Brent Reihana told TV3.

"They're two words that are synonymous not just with Maori but with all of New Zealand. I don't think it's appropriate to take it into a commercial context."

Reihana said the council, a statutory body set up to advance indigenous interests, would call for a boycott unless Air New Zealand backed down.

"The appropriation of culture has never been right... Maori isn't for sale," he said.

Air New Zealand said the trademark application was only for the magazine's stylised Kia Ora logo, not for the phrase itself.

"It's standard corporate practice to have all our logos trademarked and we have just started the process given Kia Ora has recently been through a refresh," it said in a statement.

The airline added: "This is simply about protecting the logo."

Reihana rejected the argument, saying the Maori words were an intrinsic part of the logo and granting a trademark implied ownership.

"The logo commercialises the words... we have no problem with them using the words but they should not be attempting to link trademarks to them, even if it is only a logo," he said.