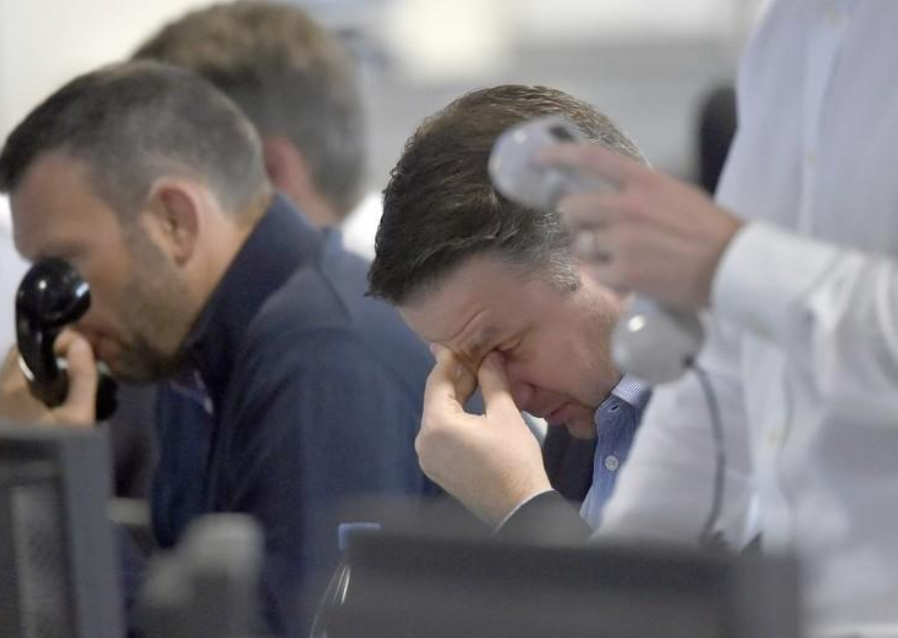 Brokers react on a trading floor at BGC, in the Canary Wharf financial district of London, Britain June 27, 2016

Deciding whether to hold bonds or stocks these days is akin to choosing between the frying pan and the fire. Rising US Treasury yields helped trigger an equity market decline that this week officially became a correction. Given that fiscal and monetary policies could hurt even the safest government debt, cash may become the most prized of all assets in the selloff.

Further steep declines on Thursday left both the S&P 500 Index and the Dow Jones Industrial Average more than 10 percent below their record highs of Jan. 26. Such a slide would normally spark a stampede into safe havens such as US government debt or gold. But neither has benefited much so far. Yields on 10-year US Treasury notes are stuck near the four-year highs set earlier this week. The gold price is on track to decline for the second week running.

Investors have good reasons to be wary. Tax cuts mean the US federal government is expected to issue more debt. Meanwhile, healthy growth and evidence of rising wages increase the chances that the Federal Reserve’s new chair, Jerome Powell, will tighten monetary policy more than investors were expecting at the start of the year. That’s all bad for sovereign debt. The prospect of higher US interest rates also dulls the appeal of gold, which offers no yield at all.

A dearth of safe havens that merit the name will force investors into cash. That’s already started happening. A record $30.6 billion flowed out of equities in the most recent week for which data is available, but only $4 billion flowed into bonds and there was a small $0.5 billion outflow from gold, Bank of America Merrill Lynch said on Friday. By contrast, investors’ allocation to cash rose to more than 4.8 percent, according to the bank’s February survey of fund managers, up from 4.4 percent in January.

Holding dollars may not be a problem for US money managers who will at least earn a small amount of interest on deposits. But it’s a headache for those in the euro zone as the European Central Bank’s deposit rate is still negative. For anyone outside the United States, holding dollars adds the risk of the greenback weakening against other major currencies. For investors who have grown used to making money regardless of whether they bought stocks or bonds, these are painful and uncertain times.