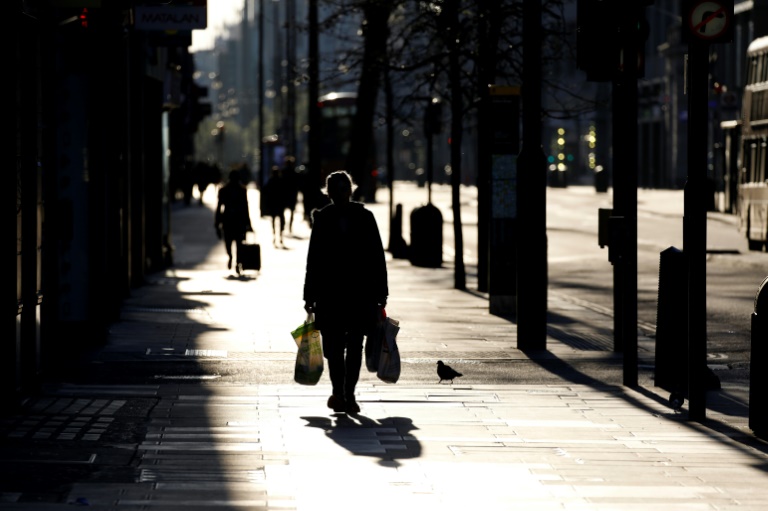 The current crisis is likely to be more severe than the 2008 financial crisis crash because it affects the entire economy. (Photo: AFP)

The coronavirus outbreak and resulting lockdown of billions of people threatens the global economy to the point where economists are predicting the most violent recession in recent history, perhaps even eclipsing the Great Depression.

The crash will almost certainly be accompanied by a surge in unemployment, especially in countries with weaker worker rights, such as the United States.

Ahead of Thursday's emergency virtual G20 meeting, here are the key concerns.

"The G20 economies will experience an unprecedented shock in the first half of this year and will contract in 2020 as a whole, before picking up in 2021," economists from the rating agency Moody's wrote on Wednesday.

Angel Gurria, head of the Organisation for Economic Co-operation and Development (OECD), told the BBC the world economy would suffer "for years".

The current crisis is likely to be more severe than the 2008 financial crisis crash because it affects the entire economy, with a collapse in supply due to the shuttering of factories and a similar crash in demand with billions of people in lockdown.

The transport and tourism sectors have been the first to feel the pain, although some such as pharmaceuticals, health equipment, sanitary products, food and online trade have seen a boost.

The collective GDP of the G20 countries is predicted to contract 0.5 percent, according to Moody's, with the US down 2.0 percent and the eurozone losing 2.2 percent.

China is expected to buck the trend and grow, but at a much-reduced rate of 3.3 percent, according to Moody's.

Most major banks believe the US has already fallen into recession, with Goldman Sachs forecasting a contraction of 3.8 percent this year and Deutsche Bank predicting the worst US slowdown since "at least World War II".

In Europe, where the PMI business activity studies for March were the worst ever recorded, the German economy minister warned of a contraction of "at least" 5.0 percent in 2020.

France's economy could shrink by 1.4 percent, according to Moody's.

Britain could fare worse, with KPMG predicting a fall of 2.6 percent, but that loss could double if the pandemic lasts until the end of the summer.

Capital Economics paints the darkest picture, warning of a possible 15 percent contraction in the second quarter, almost twice as bad as during the Great Depression of the 1930s.

Unemployment rates are expected to soar, particularly in countries where levels have recently been at historic lows, such as Britain and the US.

These economies have relied heavily on the boom in jobs in the "gig economy", such as taxi drivers and delivery workers, which offer little or no social protection.

Even employees on long contracts can be fired easily in the US, with economists predicting a dramatic increase in unemployment claims of between 1.0 and 3.0 million when data is released on Thursday, compared to 281,000 at present.

James Bullard, president of the St Louis Federal Reserve, has predicted unprecedented unemployment rates of 30 percent, while Europe can also expect to suffer.

"We think the unemployment rate in the eurozone will surge to about 12 percent by the end of June, giving up seven years' worth of gains in a matter of months," said David Oxley of the London-based Capital Economics, adding they expected some rebound by the end of the year.

The effect the crisis will have on prices is the source of great uncertainty, with deflationary pressure due to a collapse in demand on the one hand and potential inflationary pressure caused by devalued currencies and possible shortages on the other.

Inflation rates are low for the moment, and generally below central bank targets, particularly in Britain.

Britain's current national debt of 90 percent of GDP is high, but reached "nearly 260 percent after the Second World War," Carl Emmerson of the Institute for Fiscal Studies (IFS), told AFP.

But leaders "really shouldn't be worried" by debt and deficits for the time being with financing rates at historical lows, Jonathan Portes, professor of economics at King's College London, told AFP.

They appear to be heeding the advice, with leaders from Washington to Berlin consigning fiscal orthodoxy to the dustbin and announcing budget-busting rescue plans for the economy.