Massive stimulus pledges give traders some respite from virus woe 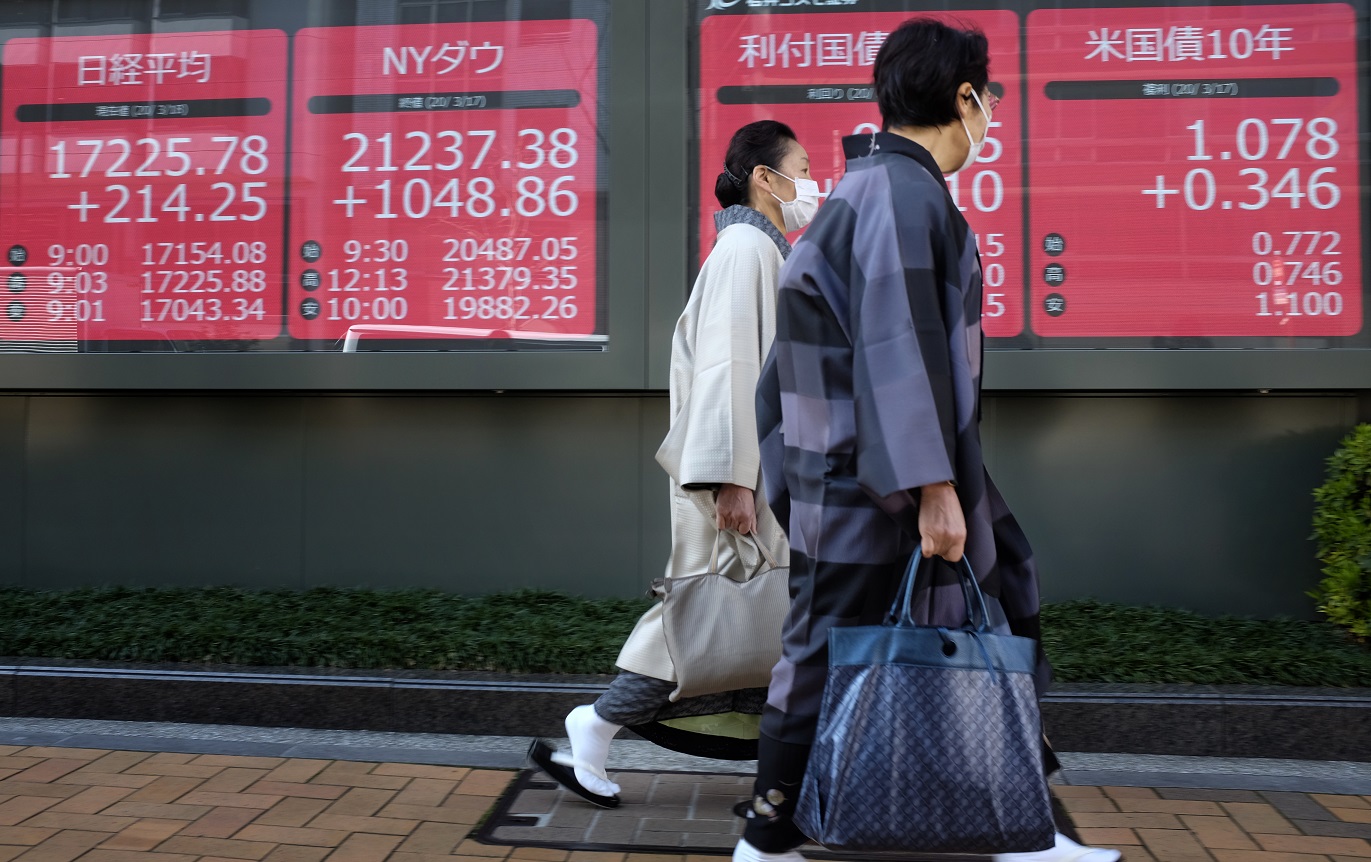 Photo: Kimono clad women walk in front of a quotation board displaying the share price numbers of the Tokyo Stock Exchange (L) in Tokyo on March 18, 2020.  /AFP

Asian markets on Wednesday cheered global stimulus pledges to support economies ravaged by the coronavirus, including a more than $1 trillion package flagged by the United States.

With borders being shut and countries going into lockdown, there is a broad expectation the world economy will plunge into recession as markets convulse.

Dealers across the planet, who have been sent running for the hills, have been begging for government measures to mitigate the impact of the disease as trade collapses with demand and businesses close.

On Tuesday, the US led the charge, with Treasury Secretary Steven Mnuchin saying officials were drawing up a package that could surpass $1 trillion, on top of $300 billion in deferred tax payments, making it among the largest federal emergency plans ever and far surpassing assistance during the 2008 global financial meltdown.

The measures would include cash payments to struggling families, with Mnuchin warning the pandemic could drive US unemployment to 20 percent, a Republican Senate source told CNN.

"We don't want people losing jobs and having no money to live," Donald Trump said at a White House press conference, adding that the package "is a substantial number. We are going big".

And with the global airline industry rocking, Italy moved to re-nationalise the bankrupt former national carrier Alitalia, and France signaled it would not hesitate to take key firms into state control to protect them.

"The speed-up in government handouts to pillow the economic fallout for businesses and households is supporting risk sentiment," said AxiCorp's Stephen Innes. "Panic is giving way as investors take solace from helicopter drops."

US and European equities soared.

Asian markets were mostly up on the news, with Tokyo ending the morning up 1.7 percent, while Singapore and Wellington each jumped more than two percent. Shanghai gained 0.8 percent and Hong Kong added 0.2 percent.

But Sydney dropped more than five percent and Jakarta shed three percent down, while Taipei and Seoul also fell.

"The missing fundamental ingredient for a sustainable recovery in risk appetite is some evidence that the growth of global COVID-19 infection rates is peaking," said Paul O'Connor, head of multi-asset at Janus Henderson Investors. "Clearly, we are not there yet."

Economists now expect the US to slip into a recession, with warnings of a six percent contraction during the second quarter.

Crude edged a little higher but is flirting with 17-year lows as demand for the commodity falls off a cliff, while Saudi Arabia and Russia embark on a price war that has ramped up output.

Innes added that the demand outlook remained "dismal", adding: "Indeed, the scale of the economic impact of COVID-19 on the major world economies is unparalleled."