BUSINESS MAX 737 jet could fly again by end of year

MAX 737 jet could fly again by end of year 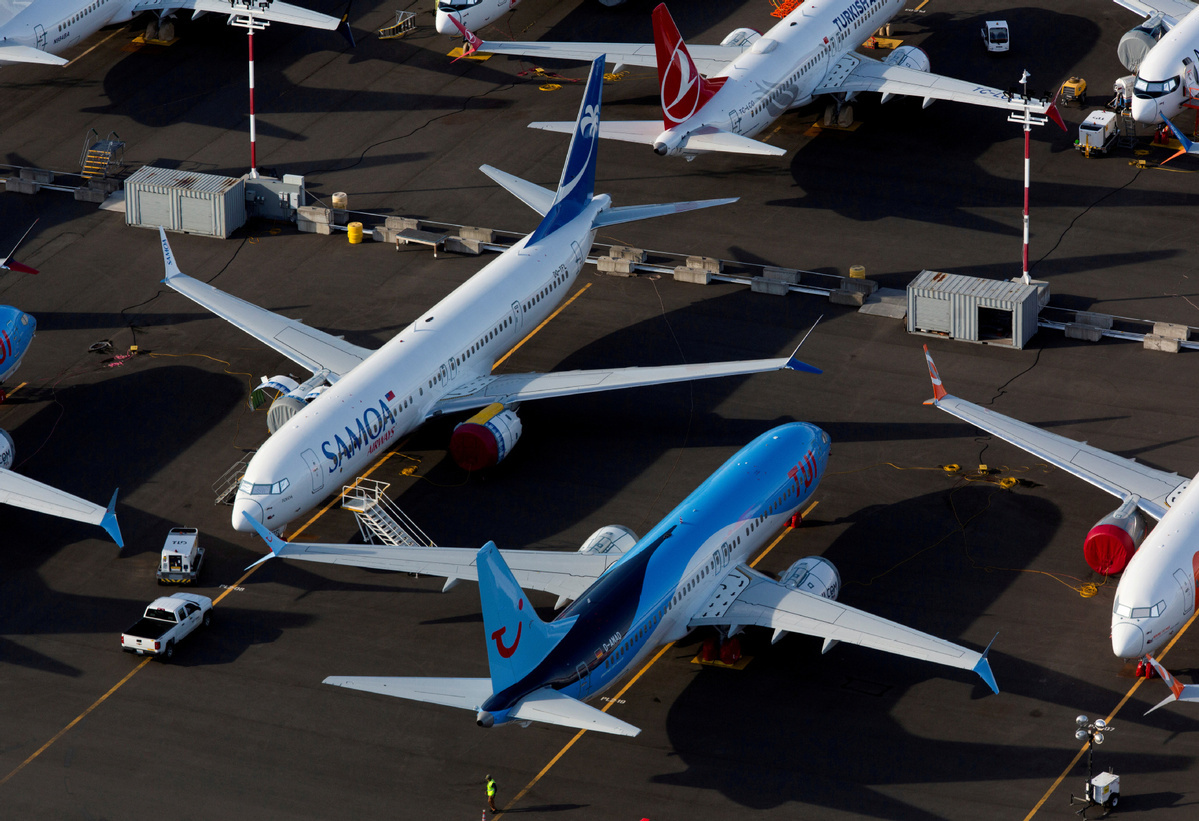 Boeing 737 Max aircraft are parked in a parking lot at Boeing Field in this aerial photo over Seattle, Washington, US, June 11, 2020. [Photo/Agencies]

The US Federal Aviation Administration (FAA) on Monday proposed changes to the Boeing 737 MAX's software and operational procedures that could allow the jet to return to service by the end of the year.

The 737 MAX, Boeing's best-selling airplane, has been grounded since March 2019 following crashes in Indonesia and Ethiopia that killed 346 people.

The public will have 45 days to comment after the FAA formally publishes the proposed changes.

However, foreign regulators may impose additional requirements before allowing the MAX to operate in their airspace. If so, that could delay return of the plane in some jurisdictions.

Investigators believe the MAX's automated anti-stall device, called the Maneuvering Characteristics Augmentation System (MCAS), erroneously pointed the nose of the planes down to avoid a midair stall and into a fatal plunge leading to the crashes in Indonesia and Ethiopia.

The new, heavier engines on the MAX were moved closer to the fuselage and that changed the in-flight handling characteristics of the jet. At times, the nose of the plane pitched up, altering the angle of attack — and that could lead to a midair stall. Boeing added the MCAS to compensate.

"Boeing's initial efforts were focused on changing the activation and reset criteria for the MCAS control laws, which involved extensive pilot assessment in the simulator," the FAA said in a 96-page report released Monday.

"As a result of continuous review and testing of Boeing's proposed software design changes, the FAA took a broader approach to how MCAS functions. The result is an extensive set of improvements to MCAS, with increased checks and balances at the system level. The updated software minimizes dependence on pilot action and the effect of any single failure."

A previous 52-page report by the US Department of Transportation's Office of the Inspector General covered activities from the initial steps in certifying the MAX in January 2012 through the second crash.

The report included allegations of "undue pressure" from Boeing on those certifying the MAX's safety.

The inspector general also reviewed the FAA's oversight of Boeing through Organization Designation Authorization, a program that grants manufacturers such as Boeing the authority to perform much of the work to certify its products.

The MCAS was "not an area of emphasis" on the MAX because Boeing characterized it as a modification of existing controls rather than as a new device, the inspector general said.

Boeing decided as early as 2013 to characterize the new system as a modification to minimize the need for additional training as part of the company's goal to limit costs to customers, the report said.

But the MCAS became more powerful as design of the 737 MAX progressed and FAA officials told the inspector general they had made important decisions about the device without knowing that it has been extensively altered, the report said.