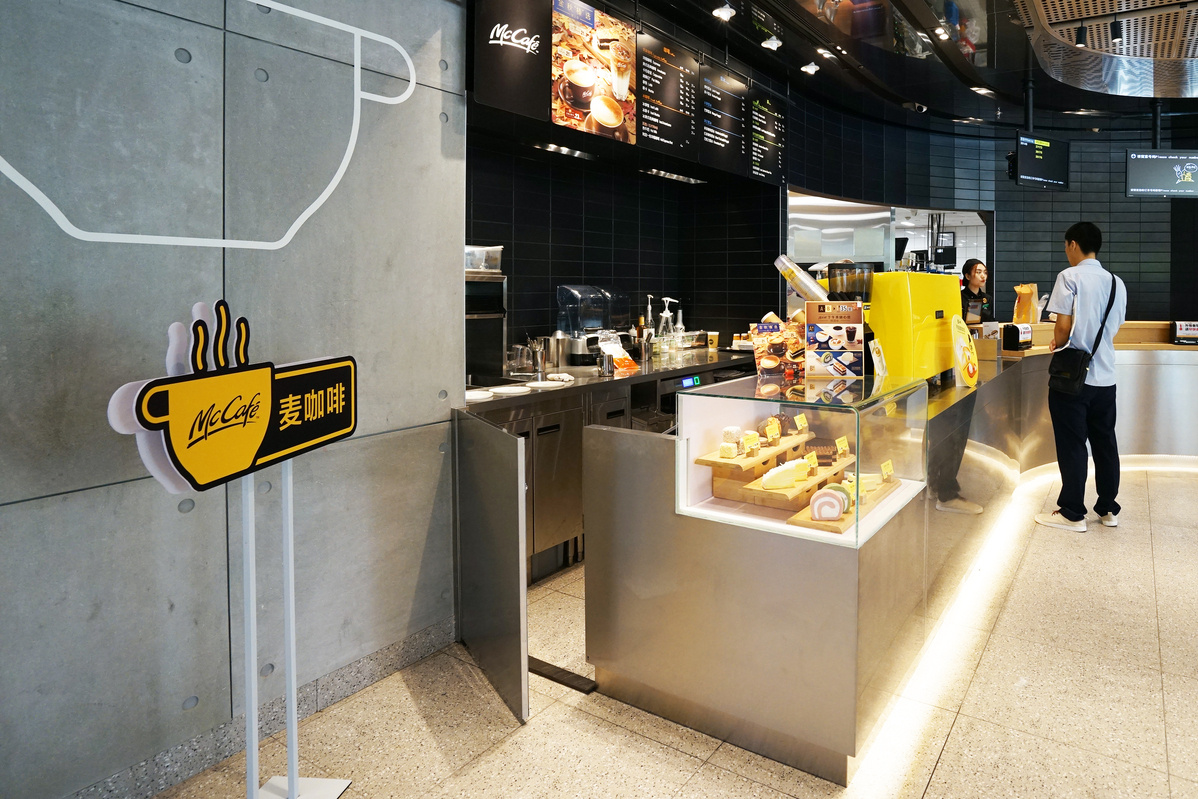 McCafe, the in-house coffee service of fast-food chain McDonald's, announced a plan on Monday to invest 2.5 billion yuan ($152.1 million) over the next three years to accelerate expansion in the Chinese mainland market by adding new shops, boosting deliveries and diversifying snack offerings.

The global catering brand is expected to have more than 4,000 McCafes across the country by 2023, offering high-quality freshly ground coffee at affordable prices, said the company. Starting on Nov 18, McCafe will be giving out 10 million cups of free latte in 17 urban markets.

Cheung added that consumers have evolved from buying coffee for social occasions to drinking coffee as a regular habit.

She said the new investment is expected to be used for new outlets, equipment upgrades and personnel training. "Our goal is clear: where there is a McDonald's, there is a McCafe."

This year, McCafe, as a sub-brand, will be present in almost all McDonald's restaurants in Beijing, Shanghai and Guangdong province's Guangzhou and Shenzhen.

In 2021, McCafe will expand to nearly all McDonald's restaurants in seven other cities including Nanjing, Jiangsu province, and Hangzhou, Zhejiang province.

McCafe will support online and offline ordering on its omnichannel order and delivery platforms.

At McCafes, a brand-new recipe for coffee made solely from arabica green coffee beans meticulously sourced by McDonald's from Brazil, Columbia, Ethiopia and Rwanda will be served.

McDonald's kitchens' ability to offer fresh and hot snacks is considered a major strength in competing with other on-premises coffee houses, as about half of consumers prefer to match coffee with suitable snacks, said the CEO.

China is McDonald's second largest market in the world, the largest franchised market outside the United States and the world's fastest growing market for the restaurant chain. Since 2017, with the support of the CITIC-Carlyle consortium, McDonald's quickly expanded its business on the Chinese mainland and in Hong Kong.

According to Mintel's research on coffee chain consumption, the on-premises coffee market value in China reached 42.6 billion yuan in 2019 and has an estimated annual average growth rate of 15.6 percent from 2020 to 2024.

Jason Yu, general manager of Kantar Worldpanel China, said there is great potential for the on-premises coffee sector to grow and customers are becoming more differentiated.

McCafe has introduced monthly "buy 4, get 1 free" coffee cards and other discount activities on its digital platform, thanks to McDonald's robust global sourcing and supply chain capabilities.