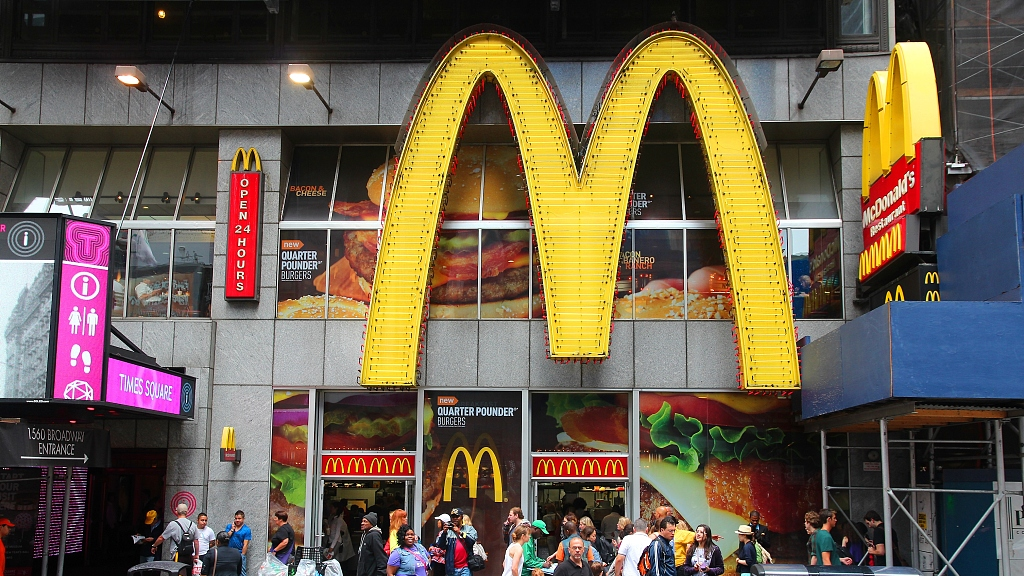 McDonald's on Thursday said it will link part of its executives' bonuses to new diversity targets, including reaching gender parity in management globally by 2030, and promised to make public the demographic breakdown of its U.S. workforce.

The move by the Golden Arches comes as corporate America is under scrutiny for discriminatory hiring practices, wage gaps and limited advancement opportunities for women and people of color.

The top brass would be gauged on metrics related to the company's values, racial and gender diversity goals and creating a culture of inclusion, with their performance in these arenas informing part of their incentive pay.

Under the new rules, CEO Chris Kempczinski stands to lose 15 percent of his approximately $2.25 million yearly bonus if he misses the goals the company has set.

The fast-food chain is eyeing to increase the percentage of women in leadership positions, senior director and above, from 37 percent to 45 percent globally by the end of 2025 and 50 percent by late 2030. It also wants to boost the portion of historically underrepresented groups in those roles in the United States from the current 29 percent to 35 percent in the next five years.

McDonald's will also publicly release for the first time the racial, ethnic and gender makeup of its workers in the United States.

The company said in July 2020 it would launch initiatives to increase diversity amid a nationwide discussion on racism and social inequality following the May killing of George Floyd, a Black man, by Minneapolis police.

Companies have since reacted by committing to transparency in reporting demographic data of their staff and linking executive pay to diversification goals. Coffee seller Starbucks Corp in October linked compensation to diversity goals but did not provide details of how those goals would be weighted in performance reviews.

Brands built on racist imagery also promised to look into their offensive logos and names. Uncle Ben's Rice, which is owned by Mars Food, has been re-branded as Ben's Original and PepsiCo earlier this month relabeled its Aunt Jemima pancake-mix and syrup line as Pearl Milling Company, dropping the original names which have been criticized for perpetuating racial stereotypes about Black people.

Thursday's announcement follows a fresh lawsuit against McDonald's by a current franchise operator.

Harbert Washington, a Black owner of 14 franchises in Ohio and Pennsylvania, is accusing the burger chain of racial discrimination, saying it steered him towards lower-income communities because of his race and thus ensured that "Black franchisees would never achieve the levels of success that white franchisees could expect," according to his lawsuit filed on Tuesday.

The company has rejected Washington's allegations.