BUSINESS McDonald's proposes settlement in US labor board case

McDonald's proposes settlement in US labor board case 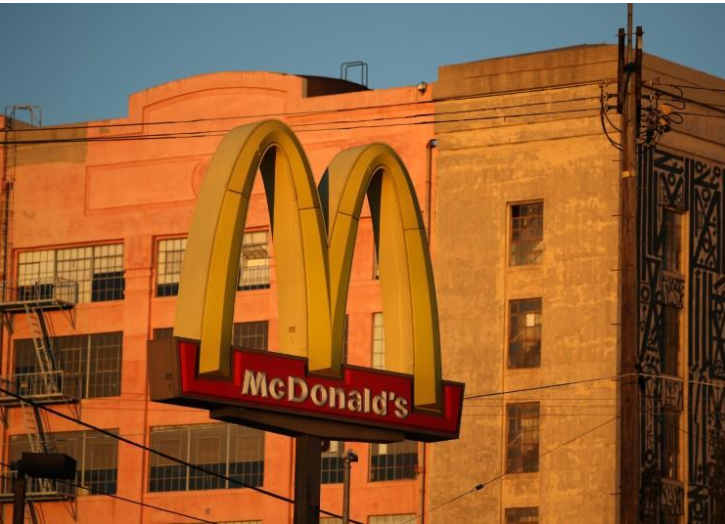 The logo of a McDonald's Corp

McDonald’s Corp on Monday said it had agreed to settle a US labor board case on whether the company is accountable for its franchisees’ alleged labor law violations, according to a source involved in the case.

The settlement, which must be approved by a National Labor Relations Board judge, would allow McDonald’s to avoid a ruling that it is a so-called “joint employer” of workers at McDonald’s franchises and can be held liable when franchisees violate federal labor law.

The terms of the proposed settlement were not immediately available.

McDonald’s could not immediately be reached for comment on the proposed settlement. The company has maintained that it is not a joint employer of franchise workers.

Business groups have said that a ruling against McDonald’s could upend the franchising model by making franchisors more vulnerable to lawsuits and requiring them to bargain with unions representing franchise workers.

Illinois-based McDonald’s and the office of NLRB General Counsel Peter Robb presented the settlement to an administrative judge at a hearing in New York City, according to the source who was briefed on the hearing and spoke on condition of anonymity.

Union-backed worker advocacy group Fight for $15 filed dozens of legal claims on behalf of McDonald’s workers beginning in 2012. The group said workers across the United States were fired for taking part in protests calling for higher wages.

The judge in January had agreed to pause the trial against McDonald’s that began in 2015 so Robb, an appointee of President Donald Trump, could pursue settlement talks with the company.

Fight for $15 lawyer Micah Wissinger said the group would object to the proposed settlement. He said Robb’s office in recent weeks had improperly reached out to individual workers to discuss settlements instead of involving lawyers at Fight for $15 who are representing them.

The case was seen as an important test of how a 2015 NLRB decision that had rankled business groups by making it easier to prove that a company is a joint employer would apply to franchisees.

In December, a new Republican majority on the board overturned the 2015 decision and said only companies with direct control over workers may be considered joint employers.

Last month, the board said its December ruling was invalid because NLRB Member William Emanuel, a Trump appointee, had a conflict of interest. Emanuel’s former law firm represented a staffing agency involved in the 2015 NLRB case.