BUSINESS McDonald’s take on the Chinese burger has netizens asking 'Where’s the meat'?

McDonald’s take on the Chinese burger has netizens asking 'Where’s the meat'? 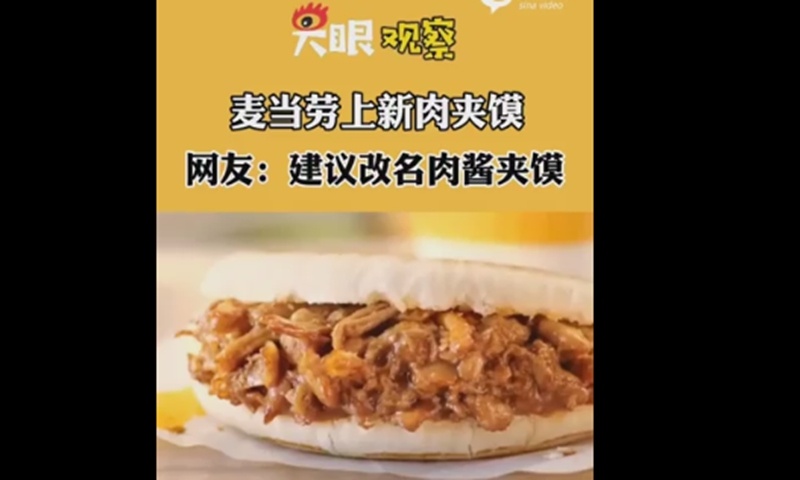 McDonald’s new Chinese takeout was met with a pinch of outrage from Chinese netizens on Thursday who said the fast food giant had skimped on the key ingredient in its version of the traditional Chinese hamburger: the meat.

McDonald’s recently added to its menu the renowned roujiamo, a hamburger-like street food made with shredded meat stuffed into a flatbread bun, which has its origins in Northwest China’s Shaanxi Province, and is now a national favorite.

McDonald’s key sin, according to netizens, was false advertising. A promotional poster for its roujiamo combo costing only 9 yuan ($1.4) including a beverage, shows the strong, flat, unleavened bun gushing with what looks like pulled pork.

In a video posted on finance.sina.com, a roujiamo is seen being unwrapped and when the bun is directed at the camera there’s no sign of meat. When the bun is pulled apart two small, unappetizing circles are seen in the middle of the bun. The video shows someone using his fingernails to scrap a few bits of meat off the bun.

The video appears to show the meat weighed barely 25 grams, nowhere near the size of McDonald’s famous “quarter pounder.”

However, there are some netizens who said on Weibo that the meat in the roujiamo they brought is acceptable, although it didn’t look like the one shown in the advertisement.

A McDonald’s employee was quoted by mnw.cn, saying the company “should solve problems reported by customers case by case.”

McDonald’s did not reply for a request for comment from the Global Times by Thursday evening.