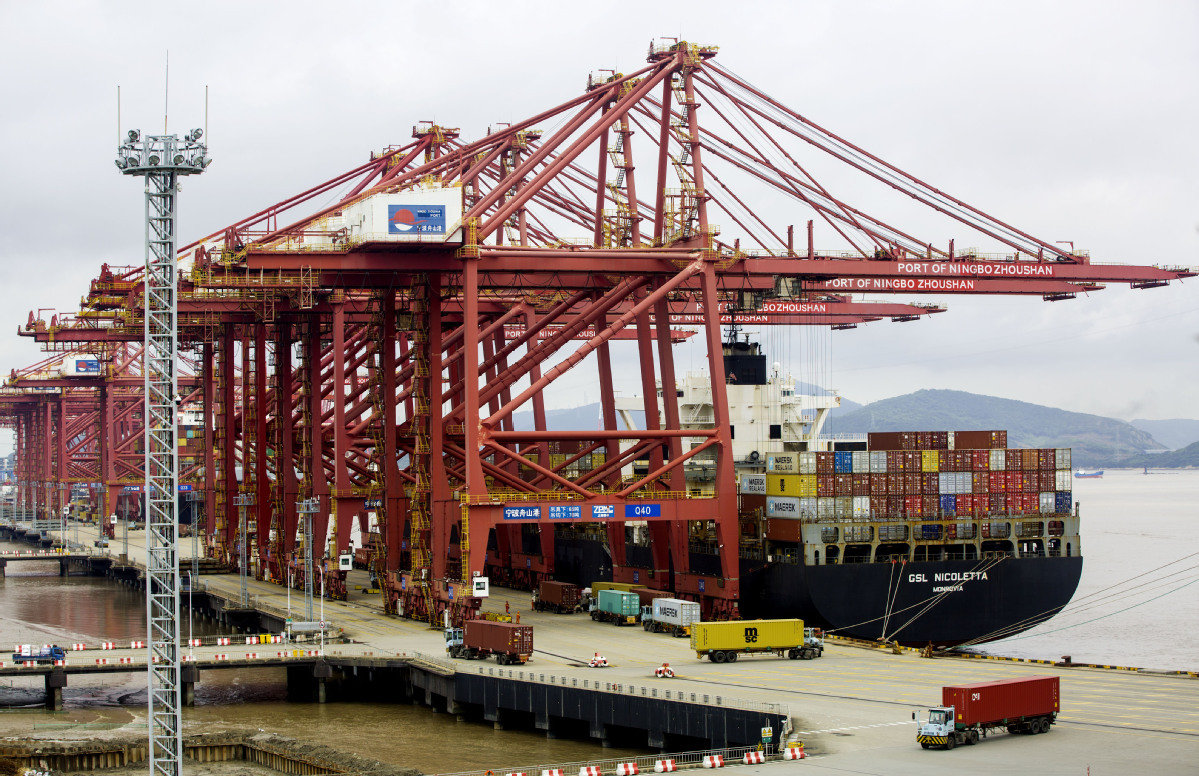 Cargoes are loaded onto a containership berthed at Ningbo-Zhoushan Port, Zhejiang province, over the weekend. (Photo: Xinhua)

Meishan Port, a key area of Ningbo-Zhoushan Port in Zhejiang province, resumed full operations on Wednesday after a two-week suspension due to COVID-19, renewing a sense of optimism about the stability of the global logistics chain.

"The global COVID-19 pandemic, coupled with a shortage of shipping capability and empty containers, has led to congestion in major ports worldwide. The temporary halt of Meishan Port during the past two weeks has affected foreign trade companies in China, and some cargo ships were diverted to other ports in Ningbo," said Liu Jianping, director of the Ningbo Chamber of Commerce for Import and Export on Wednesday.

Ningbo-Zhoushan Port announced the suspension of all container services and ship operations in the Meishan Port area on Aug 11, after a worker tested positive for COVID-19.

Foreign trade businesses have faced difficulties from a shortage of empty containers, the low efficiency of loading and unloading containers at some ports and increasing prices for international shipments.

Ningbo-Zhoushan Port, which has topped the world's annual cargo throughput for 12 years in a row, has been making every endeavor to ensure smooth shipments between China and the rest of the world since the novel coronavirus broke out, the port said.