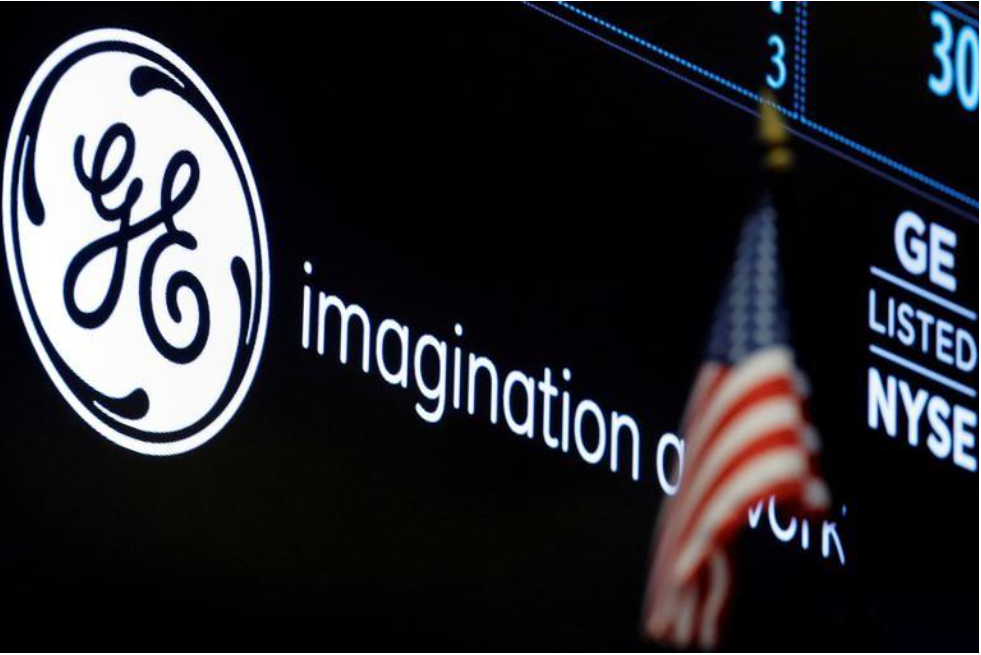 FILE PHOTO: The ticker and logo for General Electric Co. is displayed on a screen at the post where it's traded on the floor of the New York Stock Exchange (NYSE) in New York City, U.S., June 30, 2016.  REUTERS/Brendan McDermid/File Photo

NEW YORK (Reuters) - It is hard to imagine the Dow Jones Industrial Average without General Electric Co (GE.N). The U.S. industrial conglomerate’s stock is the lone original component of the venerable blue-chip index that debuted in 1896.

But GE's dwindling share price and the likelihood that its new chief executive will dramatically slim down its sprawling operations is leading some index-watchers to consider the possibility of the company losing its membership in the elite 30-stock Dow .DJI.

“Since it is trading at a low share price and has a small weighting in the index, that does put it at an increased risk of getting removed,” said Alex Bryan, director of passive strategies research at Morningstar in Chicago. “I don’t think it’s obvious that it is going to be removed from the index, but it certainly is at risk.”

GE’s shares last week closed under $20 for the first time in more than five years, its struggles made clear by a disappointing third-quarter earnings report last month. The stock closed at $20.49 on Friday, marking a 35 percent decline in 2017.

The stock price is now the lowest among Dow members. Because the Dow is a price-weighted index, unlike the benchmark S&P 500 .SPX which is influenced by the market values of its constituents, that means GE has the least impact on the Dow's daily swings.

Changes to the Dow are made on an as-needed basis and selection is not governed by quantitative rules, according to published methodology for the index.

A spokesman for S&P Dow Jones Indices said the committee that oversees the Dow index meets regularly and that its discussions are confidential. GE declined to comment.

Ivan Cajic, vice president for index and ETF research for ITG, said if the Dow were to make a change in the near future, GE is the likeliest to be removed.

”I wouldn’t be surprised if the company is safe for the time being and Dow Jones adopts a wait-and-see approach over the next few months to see how both the stock price and what the overall company looks like in the coming months,” Cajic said.

GE’s fate as a Dow component may become clearer on Monday when CEO John Flannery, who took the helm on Aug. 1, is expected to detail the businesses the company plans to exit as it seeks to revive its financial prospects.

If GE starts selling big parts of its operation, the committee overseeing the Dow “would give serious thought to whether or not the new GE, (excluding) those businesses, still represents as much a part of the economy as they once had,” said Dave Nadig, CEO of ETF.com.

“If they continue to spin off and restructure businesses, they are going to just shrink,” said Chuck Carlson, contributing editor to Dow Theory Forecasts newsletter. “That isn’t necessarily the worst thing from a stock perspective, but they may start paring down to the point where the remaining businesses are similar to others that are in the Dow.”

For now, GE still holds a major position in industries such as aviation, power and healthcare, and its market value of about $175 billion puts it in the middle of Dow components. Its historic place in the Dow may also be an argument for it to remain.

If GE is removed from the Dow, it may not spark much immediate selling of the stock. Only about $20 billion is invested in exchange traded funds tied to the Dow, the vast majority in the SPDR Dow Jones Industrial Average ETF Trust (DIA.P), much less than the $380 billion in ETFs tied to the S&P 500, according to Lipper data. But the indirect impact of GE losing its blue-chip status could weigh in the longer term.

It is not clear what company would replace GE in the Dow if it were kicked out. Three companies missing from the Dow with some of the largest market values - Amazon.com Inc (AMZN.O), Google parent Alphabet Inc (GOOGL.O) and Facebook Inc (FB.O) - have strikes against them.

Share prices of online retailer Amazon.com and internet company Alphabet exceed $1,000 so they would warp the price-weighted Dow. Social media company Facebook only went public in 2012, which some market-watchers say is too recent to join the Dow.

According to its published methodology, the Dow covers all industries except for transportation and utilities, which are covered by other Dow Jones indexes, and that “maintaining adequate sector representation within the indices is also a consideration in the selection process.”

According to Todd Rosenbluth, director of ETF and mutual fund research at CFRA: “There are sectors more under-represented than industrials within the index that could encourage a replacement from another group.”