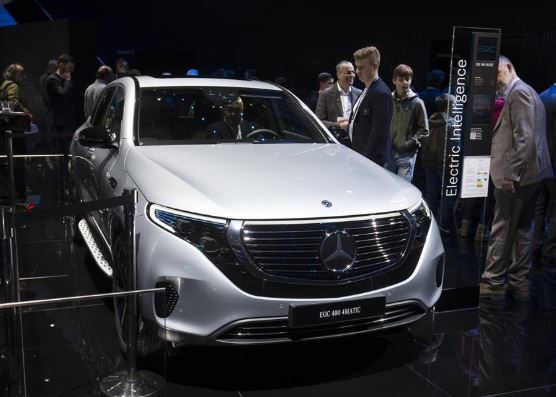 BERLIN, Dec. 6 (Xinhua) -- Mercedes-Benz sold 209,058 cars worldwide in November, an increase of 5.3 percent compared to the same period of 2018, the German car manufacturer announced on Friday.

It was the first time that more than 200,000 Mercedes-Benz cars had been delivered to customers in November, according to the company.

In the Jan.-Nov. period, sales increased by 1.4 percent year on year to a total of 2,133,594 vehicles. Sales in Mercedes-Benz's three largest markets -- China, Germany and the United States -- increased in November.

With 11 percent, the largest growth was achieved in China as 57,901 new cars were handed over to customers. "This is the highest number of cars ever sold in November by Mercedes-Benz in China," the carmaker said.

In the domestic German market, Mercedes-Benz sales grew by 5.8 percent year on year.

Deliveries of the luxury version of the S-Class, the Mercedes-Maybach S-Class Saloon, increased from January to November by more than 5 percent and set a new sales record in China.