US insurer MetLife Inc (MET.N) said on Tuesday John Hele retired as chief financial officer and will be succeeded by the company’s treasurer John McCallion. 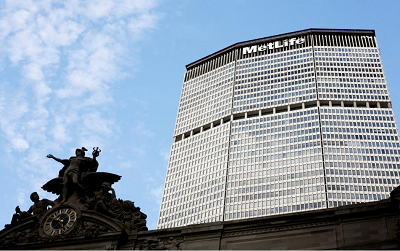 A statue stands atop Grand Central Station in front of the MetLife building in New York, October 8, 2008. (File Photo: Reuters)

McCallion takes over as CFO on Tuesday, and Hele is expected to stay at MetLife as senior adviser until September.

In 2017 MetLife disclosed two key financial reporting errors, including payments it failed to make to pensioners whom it could not locate.

MetLife cut Hele’s total 2017 compensation by 6.4 percent, to $5.3 million from $5.7 million, a change that reflected the insurer’s “performance in managing financial matters, including material weaknesses in internal control over financial reporting,” the company said in an April 26 proxy statement..

“I want to thank John Hele for his service as CFO and for bringing a sharper focus on the true economics of the business we write,” MetLife Chief Executive Steven Kandarian said in a statement on Tuesday.