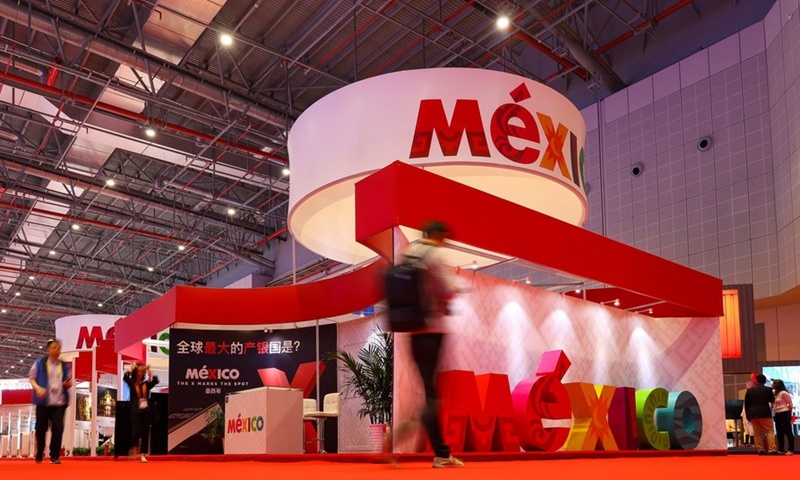 Mexican entrepreneurs are getting ready to virtually showcase their goods at the upcoming third China International Import Expo (CIIE) amid the COVID-19 pandemic.

It is one of the multiple advantages of participating in the expo virtually "to attract potential buyers of high-quality Mexican products," Agustin Garcia Rechy, director of Asia and Oceania at the Mexican Business Council for Foreign Trade, Investment and Technology (COMCE), told Xinhua.

While this year has been difficult for the private sector, businesses are still keen to take part in the November expo hosted by the city of Shanghai, through "virtual one-on-one meetings with potential future clients in China," said Garcia.

In fact, Mexico has been in contact with the organizer to keep the number of exhibitors at last year's level, between 50 and 55 firms, or possibly to increase that number to as many as 70 companies, mainly food producers, he said.

Since its first edition, the CIIE has "stood out as the most important trade event for sales in China," positioning the Asian country as the world's second largest economy, and second largest importer and consumer of goods and services, said Garcia.

A leading Mexican entrepreneur, Garcia and the president of the COMCE's Business Section for Asia and Oceania, Sergio Ley, have in recent years introduced dozens of companies to China's market.

In a recent interview with Xinhua, Mexico's Economy Minister Graciela Marquez spotlighted China's steadfast support for multilateralism and free trade through such venues as the China Import and Export Fair (also known as the Canton Fair), the CIIE and the China International Fair for Trade in Services.

The CIIE is the first dedicated import exhibition in the world and has seen fruitful outcomes at the past two expos. The third CIIE is to be held on Nov. 5-10 this year.