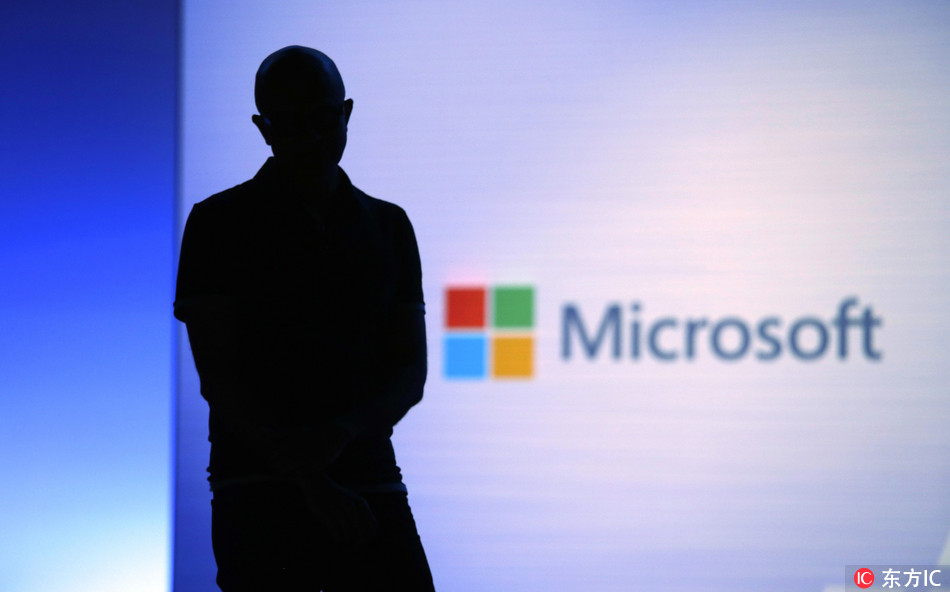 In this May 7, 2018, Microsoft CEO Satya Nadella looks on during a video as he delivers the keynote address at Build, the company's annual conference for software developers in Seattle. (Photo: IC)

The US software giant is introducing the new Microsoft Authenticator app that will replace user passwords with a more secure multi-factor sign-in that combines users' phone and their fingerprint, face, or PIN.

Microsoft announced the new measures at its Ignite 2018 conference, an annual gathering of technologists and business leaders, which opened Monday through Sept. 28 in Orlando, Florida.

"Nearly all data loss starts with compromised passwords, and so today we are declaring an end to the era of passwords," Rob Lefferts, Microsoft Corporate Vice President of Security wrote in a blog post.

The Microsoft Authenticator app will support password-less logins for hundreds of thousands of Azure Active Directory-connected apps on its clout platform.

"No company lets enterprises eliminate more passwords than Microsoft," Lefferts said, adding that the adoption of a multi-factor sign-in method will reduce compromise by 99.9 percent.

Lefferts said Microsoft is declaring an end to the era of passwords as the Microsoft Authenticator app guarantees its users a simpler but more secure experience by eliminating passwords.

For enterprise users, the company launched Microsoft Secure Score, an evolution from its Office 365 Secure Score, which provides a continuously updated security rating that reflects its more powerful threat intelligence.

The service helps businesses assess their security situation and possible changes to be taken in response. Lefferts described Microsoft Secure Score as the only enterprise-class dynamic report card for cybersecurity, which cuts the possibility of a breach by 30 times.

He said the Redmond, Washington-based company will expand the Secure Score service to cover all of Microsoft 365 starting on Monday.