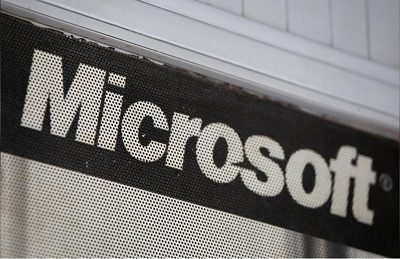 Much of Microsoft’s recent growth has been fueled by its cloud computing business as more enterprises seek to cut data storage costs by adopting cloud-based software and moving their applications to data centers.

“Microsoft on the heels of Azure is gaining further steam in this massive secular cloud shift, and the results speak to that,” said Daniel Ives at research firm GBH Insights.

Azure’s growth has propelled Microsoft to the No. 2 position in the $15.6 billion cloud computing market with a 14 percent share, behind AWS’s 32 percent, research firm Canalys estimated in February.

Microsoft shares, which are up almost 40 percent over the past year, rose slightly after closing 2.1 percent higher at $94.26.

Revenue for Microsoft’s More Personal Computing unit rose 13 percent to $9.9 billion, including a 32 percent increase for its Surface business.

Microsoft “refocused its efforts and catered to a productivity audience with a Surface that is both a tablet and a PC,” said Rebecca Wettemann, an analyst with Nucleas Research. “Apple is still playing catch up to that.”

Overall, the Redmond, Washington-based software maker’s revenue rose 16 percent to $26.82 billion, ahead of expectations of $25.77 billion.